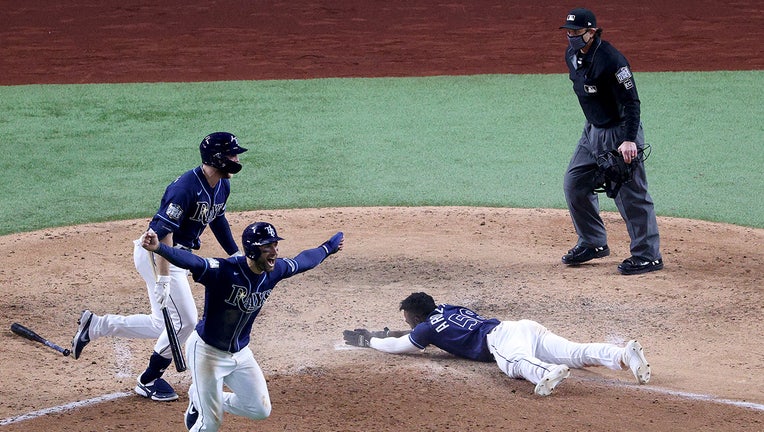 ARLINGTON, Texas - Brett Phillips squatted on the field crying, and Randy Arozarena was on the ground slapping his hands on home plate.

Tears of joy, smacks of celebration -- and a crucial, wild win for the scrappy Tampa Bay Rays.

Light-hitting Phillips delivered a tying single off Kenley Jansen with two outs in the bottom of the ninth inning that turned into the game-ending hit when the Los Angeles Dodgers dropped the ball twice, allowing Arozarena to score and lift the Rays to an 8-7 victory Saturday night to even this suddenly dramatic World Series at two games each.

Center fielder Chris Taylor misplayed Phillips' ball in right-center for an error and chased it down while Kevin Kiermaier scored the tying run. Arozarena kept charging around third base but stumbled and fell well before reaching home.

He was able to get up and score when catcher Will Smith looked up too early and missed the relay throw, letting it squirt toward the backstop while Arozarena dived on top of the plate.

"Once I saw Randy slip, I was like `Aw, shoot, at least we tied it up,' and then he missed the ball," Phillipes said. "I don't know what happened but then he scored. The next thing I know, I'm airplaneing around the outfield and I get dogpiled and here I am."

Jansen came on in the ninth for the Dodgers and struck out Yoshi Tsutsugo before a single by Kiermaier, the longest-tenured Rays player. Arozarena, the rookie who earlier hit his postseason record ninth homer earlier, drew a two-out, full-count walk to set up the wild final play.

It takes everyone, and man, baseball is fun.

A 26-year-old from Seminole, Florida, Phillips was drafted by Houston and played for Milwaukee and Kansas City before Tampa Bay acquired him in August for a minor leaguer. Touted for his outfield defense, he hasn't hit much in the majors, ending the regular season with a career .202 average in 153 games. He had been 0 for 2 in the postseason and hadn't batted since Game 3 of the AL Division Series on Oct. 7. 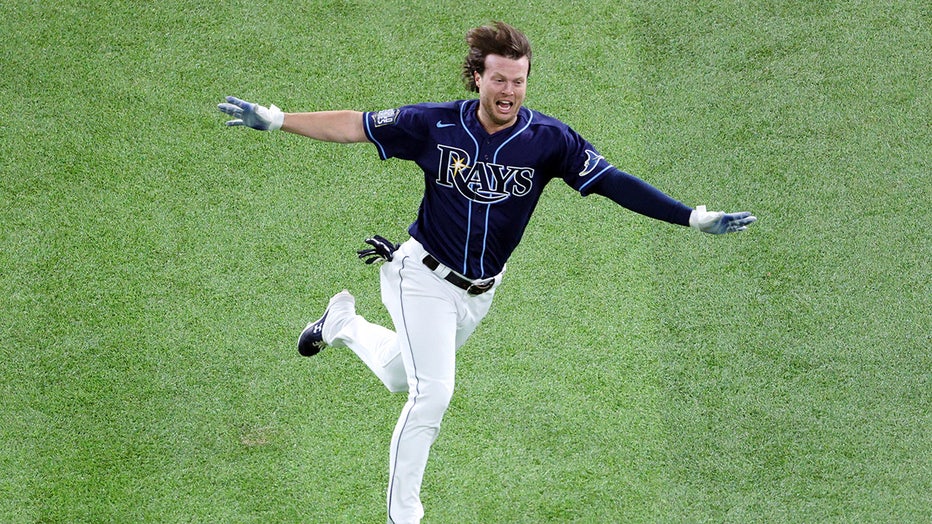 Phillips was left off the AL Championship Series roster but shined as a cheerleader, writing up phony scouting reports on a clipboard touting Arozarena before dancing against him in battles after the team locked up the AL pennant.

"What a great team effort on this win. It took almost 28 guys," Phillips said. "That's what special about this team. Just all come together, our one goal is to win. We don't rely on one guy. It takes everyone, and man, baseball is fun."