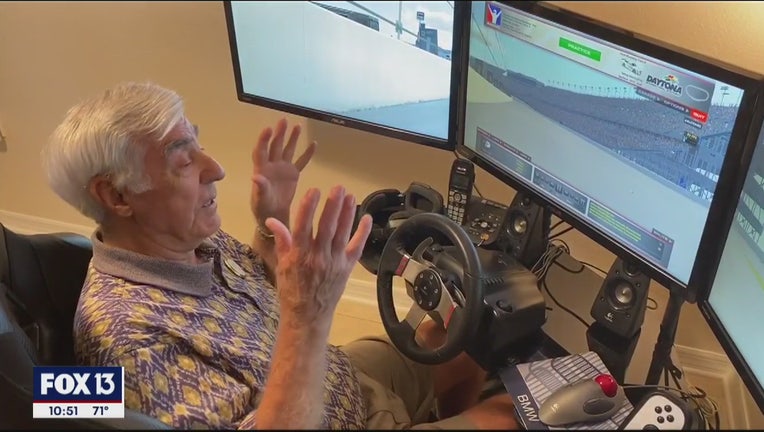 CAPE CORAL, Fla. - Jim Baker has no plans of slowing down any time soon. Some say the 94-year-old still feels the need for speed.

"That carried over from childhood," Baker said. "I grew up on the farm area, and we had friends, and we had little red wagons. We'd race each other."

Now a resident of a Volunteers of America Retirement Community in Cape Coral, Baker is an avid virtual racer. "You need to let your imagination go," Baker said.

At 94, this iRacer still has a lot of gas in the tank

Much of Baker's racing background consists of sailboat racing. He didn't actually get into race car driving until his 70s when he took up BMW racing.

He admits he had a little trouble separating driving on the track, and in the real world. 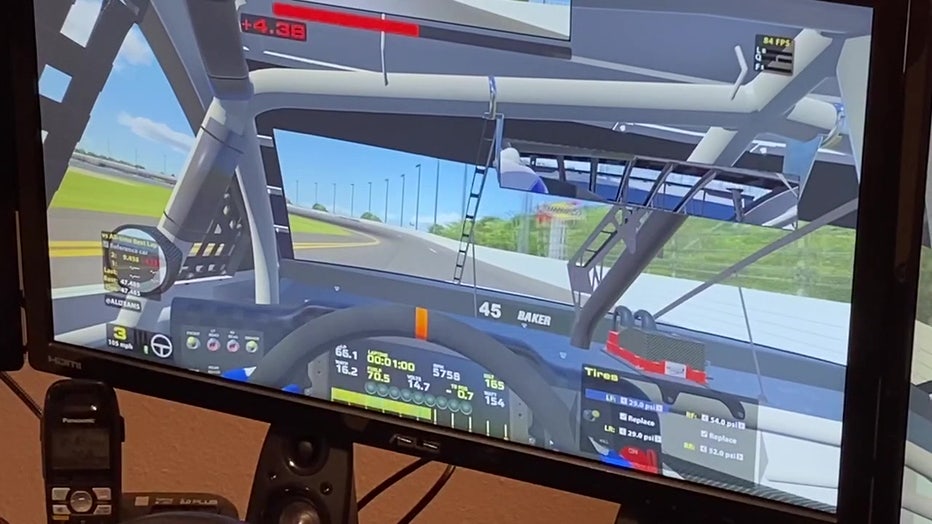 "(There were) some little speeding tickets and whatnot," Baker joked. "I thought 'well my speeding should be left on the track!'"

Eventually, he had to give up racing, as it was becoming a danger to him, and his competitors.

"I realized that my reaction time had slowed down a little bit and so I decided it was time to retire from actual racing," Baker said. "I just didn't want to jeopardize anybody else." 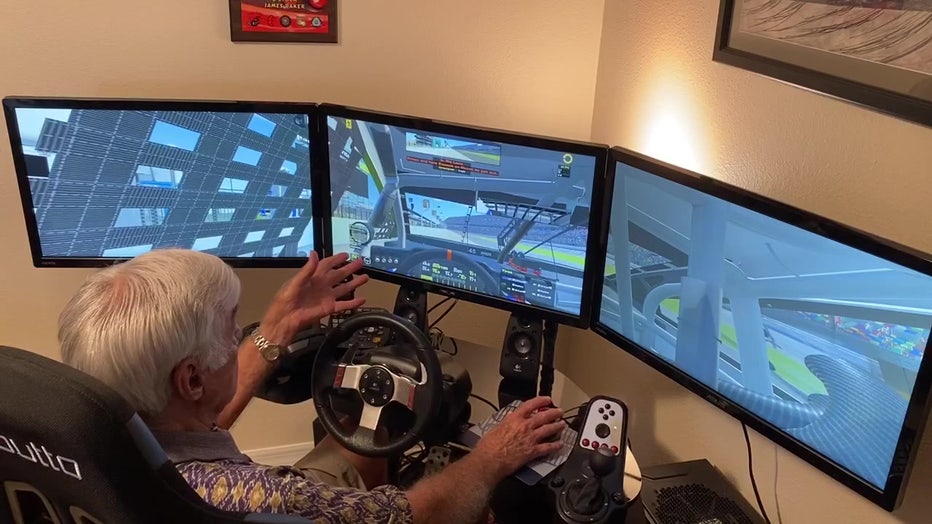 Then came virtual racing, because Baker has no plans to slow down.

"You don't feel the G-forces on I-Racing like you do in a real car," Baker said when comparing virtual racing to the real thing. "But the simulator gives you a lot of the track feel through the steering mechanisms, the break, the clutch, and gas pedal."

Though at 94, Baker admits he's a little out of his element virtually racing against young kids, he said nothing is going to stop him from getting behind the wheel.