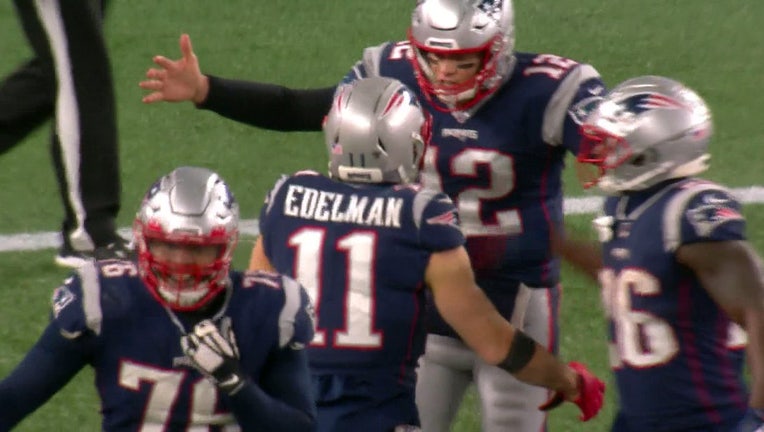 Julian Edelman announced his retirement on Monday, ending a career with the New England Patriots that featured three Super Bowl championships, including the MVP of Super Bowl LIII.

Edelman’s decision drew reactions from long-time quarterback and good friend Tom Brady, as well as other former teammates and players across the league.

Rob Gronkowski also voiced his thoughts on Edelman retiring — he isn’t buying it.

Gronkowski told TMZ Sports that he believes there’s a "69% chance" Edelman may join him in Tampa Bay to play for the Buccaneers in 2021.

TOM BRADY REACTS TO JULIAN EDELMAN RETIRING: 'YOU NEVER LOST THAT CHIP ON YOUR SHOULDER'

Edelman posted an emotional video on social media of himself sitting at the Patriots' home field, Gillette Stadium. In the post, the former seventh-round draft pick said how playing in the NFL as a Patriot has been "the best 12 years of my life."

"Nothing in my career has ever come easy, and no surprise this isn't going to be easy either," Edelman said. "I always said I'll go until the wheels come off, and they finally have fallen off. Due to an injury last year, I'll be making my official announcement of my retirement from football. This was a hard decision, but the right decision for me and my family. And I'm honored and so proud to be retiring a Patriot."

Edelman finished his career with 620 catches for 6,822 yards and 36 touchdowns. He was a solid wide receiver and was a key piece in the Patriots’ success in the regular season and the playoffs. However, he was never selected to a Pro Bowl and was never a First-Team All-Pro selection either.

By land and by sea, Bucs celebrate Super Bowl win

The weather was perfect and so was the energy. The Tampa Bay Buccaneers finally were able to let their hair down and celebrate their championship with a Tampa Bay boat parade.

Gronkowski, who played with Edelman from 2010 to 2018, also chimed in about the debate over whether or not Edelman should be a Hall of Famer. The former All-Pro tight end said that Edelman is a Patriots Hall of Famer for sure, and he thinks there’s a chance for enshrinement in Canton.

"I definitely think he has a great possibility to be a Hall of Famer," Gronkowski told TMZ Sports. "He’s a beast. And the numbers just don’t show everything that he brings to the table. The attitude, the competitiveness that he has."

LINK: Get updates on this story at FOXnews.com