Evan Louro known for many talents

ST. PETERSBURG, Fla. - The Rowdies will open the playoffs with the best defender in goal. Evan Louro was just named this season's 2021 Golden Glove.

Louro is a force to be reckoned with, with 14 shutouts in 31 starts this season.

Since signing with the Rowdies in 2020, Louro has recorded 22 clean sheets. That's 22 shutouts in 50 starts. Basically, one every other game. 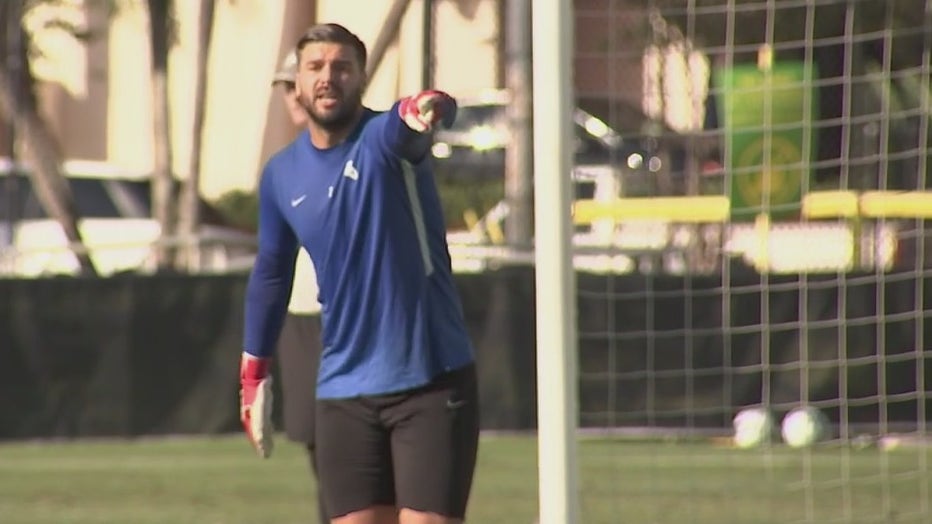 But he's not all business. His teammates say he's funny, too.

"We love him to death," smiled Forrest Lasso. "He's loud. He's probably the best at everything he does. I don't think he's ever met anyone that's not as good as him in anything. All joking aside, being able to have him behind us is a real blessing."

As tough as he is to score on, he may be even better when it comes to smack-talking. He was just voted by the team as the biggest trash talker. They actually used another title, not one suitable for print.

"Not sure where you got that information," Louro said with a grin. "Yeah, you can ask any guy in here and I'll back myself in any kind of situation. It's just good banter."

Forrest admits the talk is a little salty.

"I don't know if we have enough time for, nor am I going to say it on the camera," laughed Lasso.

Evan's talents don't end there. He's actually pretty good with impressions, too. Especially the one he does of head coach Neill Collins and his raspy voice, often worn out by yelling.

Evan Louro is leaving an impression on the opposition to the benefit of the Rowdies.