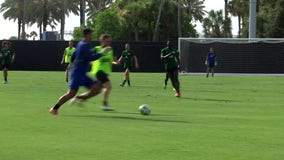 The Rowdies were the first professional Tampa Bay team to return to practice under the cloud of COVID-19. They've been preparing for games for the last two months. Finally, Saturday night, they get to play the game they love for real, resuming the season at Al Lang Field against Atlanta United 2. 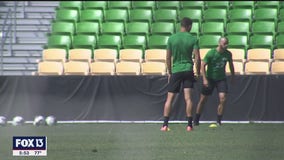 The Rowdies have been called back to the pitch in St. Pete for controlled and limited practices. 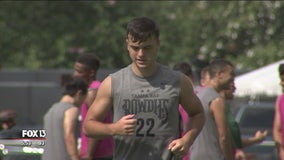 As you glance out onto the pitch at Al Lang Stadium, you may have difficulty spotting the team's youngest member. 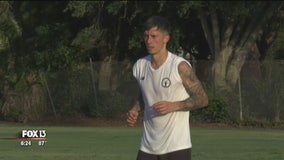 It’s been five months since Georgi Hristov retired. He closed his professional chapter after 15 years, including six seasons with the Tampa Bay Rowdies. 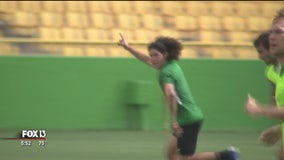 The Rowdies are on one of the franchise's best runs ever. 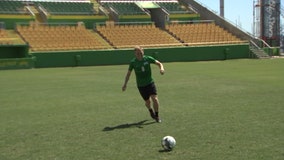 When Rowdies midfielder Zach Steinberger strikes the back of the net, he scores for the Rowdies and the Bay Area. 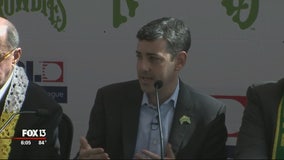 Ownership of the Tampa Bay Rays announced Tuesday they would buy the Rowdies and Al Lang Stadium, but many are still asking why a major league baseball team want to get into the soccer business. 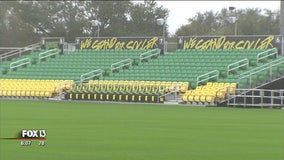 Multiple sources who have spoken with Rays president Brian Auld confirm to FOX 13 that the team will announce on Tuesday that they are buying the Tampa Bay Rowdies soccer team, along with their home field of Al Lang Stadium. 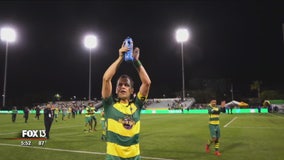 Tampa Bay Rowdies assistant coach Joe Cole loves this time of year. When the World Cup rolls around, he takes time to remember the moment people back in England still talk about, 12 years later. 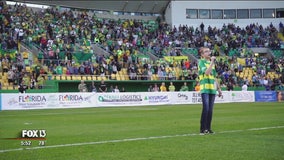 Nerves aside, 12-year-old Marissa Peddie sang the national anthem in front of a sold-out crowd at the Rowdies home opener. 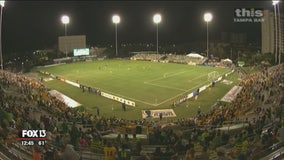 Soccer season in Tampa Bay is here, meaning there will be more rowdy fans wearing green and gold. 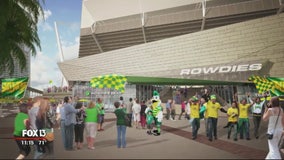 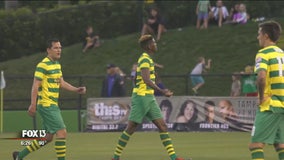 Playing at the highest level, for your country, is a dream come true for athletes across sports. 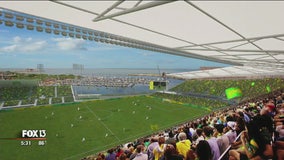 People living in St. Petersburg will help decide whether Major League Soccer will make its way to the bay area. A special city wide election will be held Tuesday to allow city council to negotiate a 25 year lease for the Tampa Bay Rowdies to control and renovate Al Lang Stadium. It would modernize and more than double the size of the current stadium. Rowdies owner Bill Edwards has a lot on... 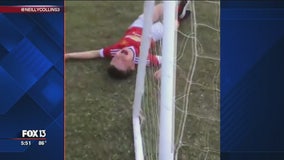 Rowdies Neill Collins wishes he could get the same reaction from the goalies he scores on as he did out of his son on April Fool's Day. 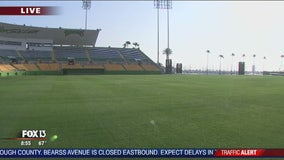 It's almost soccer season in Charley's World! He headed to Al Lang Stadium on Thursday to chat with the Tampa Bay Rowdies players about the season ahead and their MLS bid. 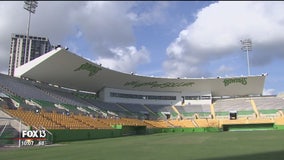 The push to bring Major League Soccer to Tampa Bay took another dribble forward on Thursday. 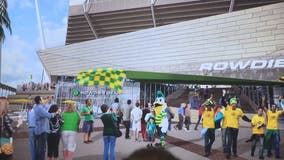 The Tampa Bay Rowdies made a huge announcement for soccer fans and the Bay Area Tuesday. The team is looking to head to Major League Soccer. 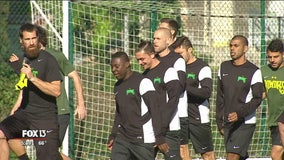 Next month, the Rowdies players will put a little spring in their step with a giant jump across the big pond, and there's no better place to prepare for the season than in England. 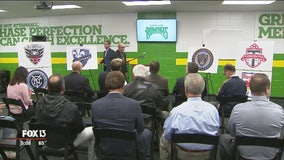