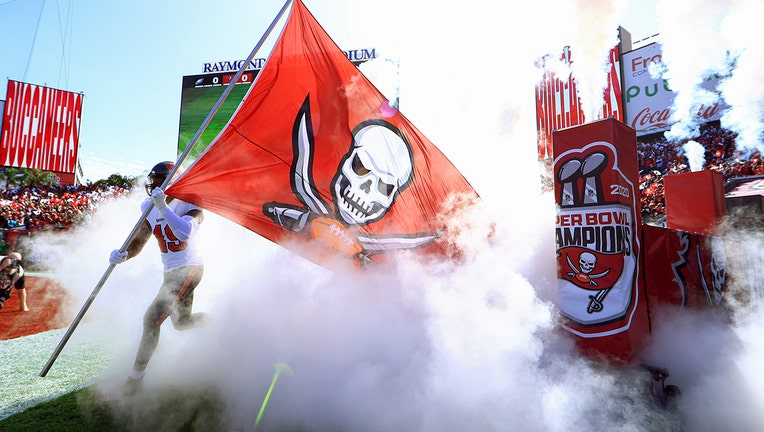 TAMPA, Fla. - After three straight 3-and-outs by the Bucs offense, the team needed a spark to bury the Eagles. They got it from one of their smallest guys, Scotty Miller, forcing a fumble on the Eagles' punt return in the 3rd quarter, recovered by Ross Cockrell.

"That’s two for Scotty, now," said Bruce Arians. "I was very apprehensive about him being a gunner with his size, but man, he’s turned out to be a heck of a gunner. That’s two fumbles causes and recoveries. He’s playing his [explicative] off."

The Bucs converted the turnover into a touchdown.

Meanwhile, Brady and Gronkowski extended the all-time playoff record between a QB and receiver duo, to 14 playoff touchdowns. More importantly it gave the Bucs a 24-0 lead. 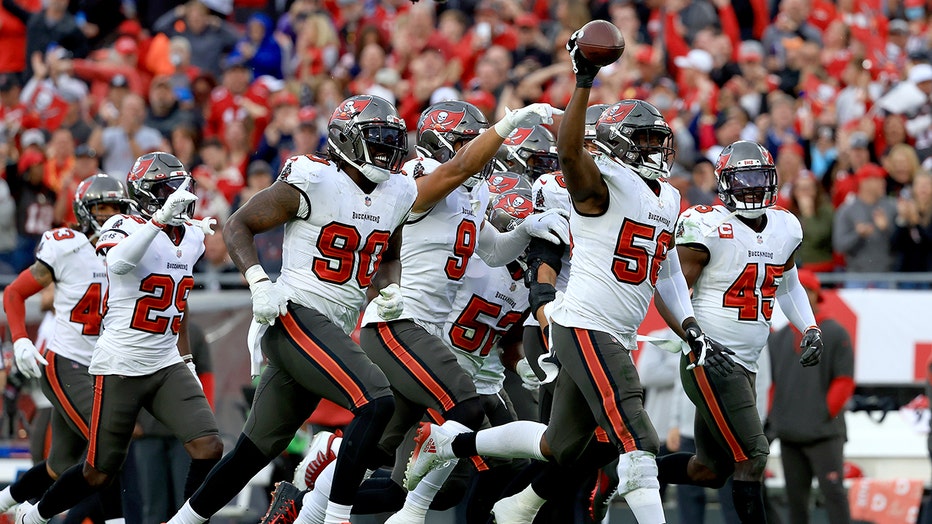 "You got to take advantage of [turnovers] when you get them, and we did for the most part," said Brady. "A couple of times we didn’t, but it was tough conditions out there. Kind of favored more of a running game with the wind, the way that kid of played a factor. But, we found a way to kind of play well against a really good football team."

The Bucs defense completes the complementary football. Shaq Barrett had a one-handed interception that lead to another touchdown. This time it took just one play for Brady to toss it to Mike Evans, who somersaulted his way into the end zone. It's Brady's 85th playoff TD pass, 40 more than Joe Montana, who is second on the list.

"Man, that was the play of the year by [outside linebacker] Shaq Barrett," said Mike Evans. "That’s not an ordinary play by a defensive lineman/outside linebacker. Unbelievable play by him. Really kind of iced the game for us, I think. We score after that, [quarterback] Tom [Brady] changed my route, actually. Good thing he did because it led to a touchdown."

"Overall, we just played some complementary football; offensive, defensive, and special teams," said Rob Gronkowski. "We all contributed and all played off each other and that’s how you win playoff games. You have to bring it in all three phases at all times."

The Bucs advance to the final four in the NFC and will host round two of the playoffs next week at Raymond James Stadium. The Bucs actually do have a preference on who they'll play next. Mike Evans joked, whichever team will play man-to-man defense against him.

He set a Bucs playoff record against the Eagles defense with nine receptions for 117 yards.