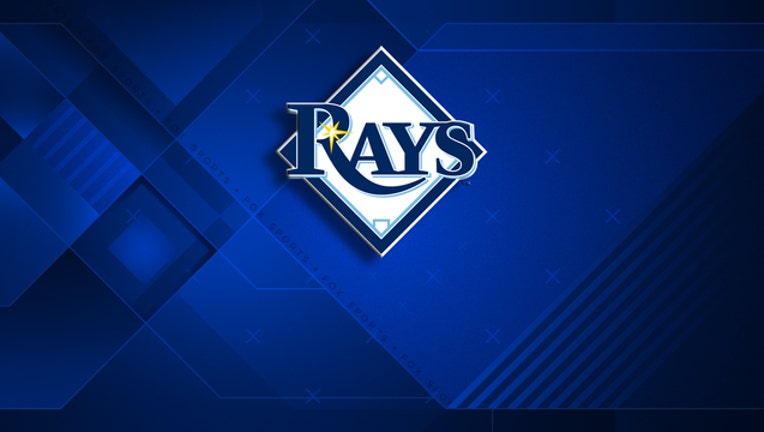 HOUSTON (AP) - A week ago, the Tampa Bay Rays were feeling pretty low after squandering a late lead in a heartbreaking 6-5 loss to the New York Yankees in 11 innings.

Seven days later this group is feeling much better after taking three of four from the Houston Astros, capped by a 5-3 win on Thursday night.

Steven Souza Jr. homered and drove in three runs, and Corey Dickerson added three hits and made a dazzling defensive play to preserve the lead for Tampa Bay.

"They should be feeling really proud of themselves the way they came in here and played, performed against ... the best team in the American League," Rays manager Kevin Cash said. "We gave them four good games."

The Rays have bounced back after losing the series opener 14-7 to hand the Astros three straight losses for the first time since June 11-13.

Houston led by one entering the seventh inning when Francisco Liriano (6-6) took over for starter Collin McHugh to make his Astros debut after a trade from Toronto on Monday. Liriano retired Adeiny Hechavarria before a single by Dickerson. The left-hander then walked Lucas Duda and was lifted for Chris Devenski.

A wild pitch by Devenski allowed both runners to advance before Evan Longoria reached on an error by third baseman Alex Bregman, tying it at 3. Logan Morrison struck out before Souza's double to left field put the Rays up 5-3.

"We didn't get through that inning very well," Houston manager A.J. Hinch said. "It was pretty symbolic to how things are going for us. Just a little bit off on a couple of things."

Houston got consecutive singles from Jose Altuve and Bregman off Sergio Romo with two outs in the seventh, and the pair executed a double steal to put both runners in scoring position. But then Dickerson sprinted to catch a line drive hit by Yuli Gurriel on the run in left field, leaving the Astros emptyhanded.

"I'd give it five stars," Souza said.

The Rays got another good outing from their bullpen, with Brad Boxberger (3-3), Romo, Tommy Hunter and Alex Colome combining for five scoreless innings after Blake Snell left with two on and none out in the fifth. Colome pitched a perfect ninth to convert a save for the third straight day and give him 33 this season.

Souza, who missed the previous two games with a bruised left foot, hit his 23rd home run to cut the deficit to 3-2 in the sixth.

"I'm thankful that I was as productive as I was. I couldn't have told you that was going to happen," he said. "When I found out it wasn't broken, that was a good sign that I was going to try to push through it."

McHugh gave up five hits and two runs - one earned - in six innings during his third start this season after spending most of the year on the disabled list.

The Astros took a 1-0 lead in the first on an RBI double off the wall by Gurriel.

Brad Miller walked to start the second before Wilson Ramos reached on catcher's interference. Dickerson's two-out single scored Miller to tie it at 1.

Altuve's solo homer into the bullpen in right-center with one out in the third put Houston's on top 2-1.

Snell walked Jake Marisnick with nobody out in the fifth before a single by Altuve. Bregman's RBI single came next to push the lead to 3-1 and chase Snell.

Astros OF George Springer continues to increase his activity as he recovers from a left quadriceps strain, but there is still no timetable for his return.

The Rays were raving about Dickerson's grab after the game and Cash noted it was an indication of how much progress the outfielder has made on defense this season.

"This is not an easy ballpark to play left field in," Cash said. "Off the bat I thought double off the wall, and just an amazing play."

Liriano, who pitched in relief for the first time all season, was disappointed he didn't make a better impression.

"I was trying to do a little too much," he said. "That's not the first game you want to have. Try and keep my head up and come ready to play tomorrow."

Rays: Jake Faria (5-1, 2.93 ERA) will start when the team opens a three-game interleague series against the Brewers. Faria allowed three hits and three runs while walking a career-high five in a career-low four innings last time out, but did not get a decision as Tampa Bay beat the Yankees 5-3.

Astros: Brad Peacock (9-1, 2.62) pitches Friday in the opener of a three-game series against Toronto.