TAMPA, Fla. - Game days are busy at the Cooper home, and this is the second year they have been especially busy for most of the season. But this year's Stanley Cup run is quite different than last year's for Tampa Bay Lightning coach Jon Cooper and his family.

FOX 13’s Kelly Ring spent time this week with Jessie Cooper, Coach Cooper's wife, and their children, 13-year-old twins, Julia and Josie, and 11-year-old Jonny to talk about this Stanley Cup run and how different it is from last year.

"It's crazy. Last year we could not be here. We can be there this year," Jonny recalled of the year they watched the game from home while the team played in the bubble in Canada.

"We are very grateful, and I think you know the playoffs are such a rollercoaster of emotions. You know they win and lose and the best part of being a family is being there for the losses and being there for the good times too. And it’s just emotional thinking about the fact that we’re there and we get to be there this year. So, it’s just so proud of the team and I think they've just done an amazing job and they've given the town something so fun to look forward to," Jessie Cooper said. 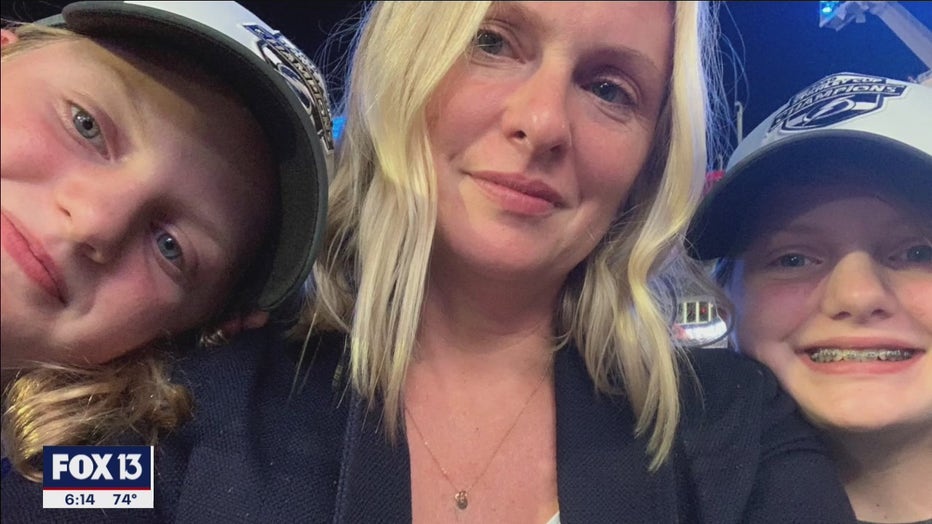 Last season was one the Coopers said they would never forget.

This season, even more so.

Last year, their dad was gone with the team during the coronavirus pandemic. They were isolated for the health and safety of everyone.

Jessie Cooper on life with husband living in the bubble

Kelly Ring sat down with Coach Cooper's wife, Jessie and their three kids, Julia, Jonny and Josie, before Game 3, to find out what it's like to be so emotionally close, yet so physically far from all the Stanley Cup action.

This year, they’ve gotten to experience the whole run-up to the team’s Stanley Cup Final appearance together.

Displayed at their home is a photo -- the precious moment captured on camera of the children walking with their dad into the tunnel at Amalie this season. 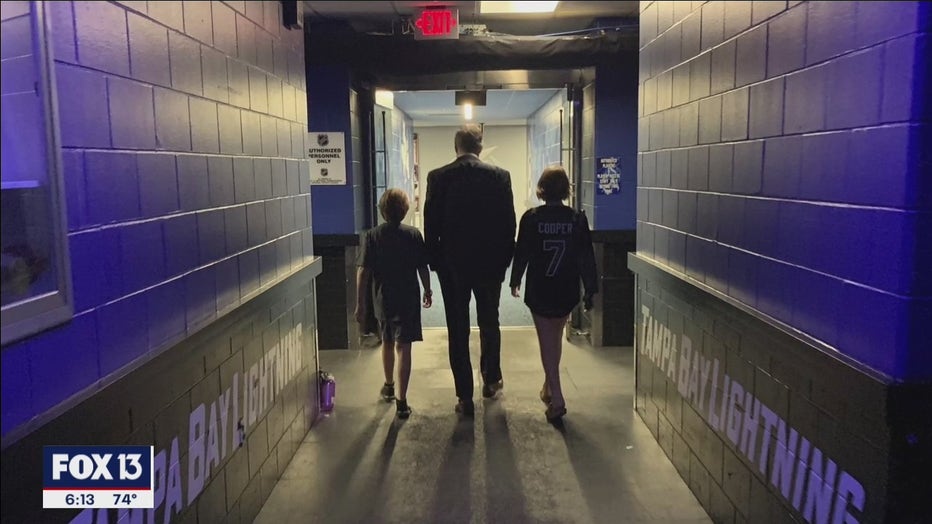 They are all cherishing the time spent watching him in person. Jessie says she will never forget the first time she came back to the arena this year.

"Well, at first it was almost kind of eerie because we hadn’t been there in so long and they kind of changed some of the protocols just to keep us safe," she said. "It’s fun to see all the families and see all the little kids and probably the best moment after Game 7 was watching the dads look for their families and blow them kisses and wave at them. And it thought that was really, really special."

FOX 13’s Kelly Ring spent time this week with Jessie Cooper, Coach Cooper's wife, and their children, 13-year-old twins, Julia and Josie, and 11-year-old Jonny to talk about this Stanley Cup run and how different it is from last year.

The Coopers are a hockey family. Jessie and Jon have been married for ____ years so she's used to this intensity and so are the kids, having grown up in it.

Jonny plays on a junior hockey team, the Tampa Bulls, and they won the state championship this year.

But the Bolts are in the Stanley Cup Final, the second in as many seasons, and even the Coopers are a little nervous.

Right now, Jessie is trying hard to keep everything as normal as possible.

"Things don’t really change all that much, and I think that’s super important even for the guys, we are their families, and we love them no matter what and it’s that consistency just having dinner together, doing the things that the kids do. You know, not really changing much and we really don't we just enjoy having him home and enjoy taking care of him," Jessie said.

That even means letting dad take a nap before game time.

"My dad always has to take a nap before the game, ready for the game," Julia said.

Whatever it takes to get the head coach of the beloved Tampa Bay Lightning ready. And you can bet Jessie Cooper and the kids will be ready.

"I think live sporting events. Really special to be there," Jessie said.