An open letter to Tom Brady

As Buccaneers Quarterback Tom Brady weighs whether to return for his 23 NFL season, Bucs fans around Tampa Bay are hopeful he’ll return for another year. Fans and local leaders are urging the future hall-of-famer to come back at least for one more season.

One thing that is for sure is the fact that Antonio Brown won’t be putting on a Bucs’ uniform in the near future. However, that doesn’t mean Brown’s done talking about his former team just yet.

Brown and his lawyer sat down for an interview this week on HBO’s Real Sports. During the interview, Brown claimed the team knew about his ankle injury before the game started. He also said the team offered to pay him $200,000 to seek mental health treatment and sit on the sidelines following his outburst.

"These guys at Tampa Bay Bucs tried to make an agreement with me to give me $200,000 to go to the crazy house so these guys could look like they know what they’re talking about," said Brown during the interview.

Brown’s lawyer then followed up with a further explanation.

"The offer was Antonio would basically sit on the sidelines, go on some list and commit himself to some form of intensive mental health treatment. And we were specifically told, in writing by the general manager twice, ‘Don’t spin this any other way,’" said Sean Burstyn, Browns lawyer. 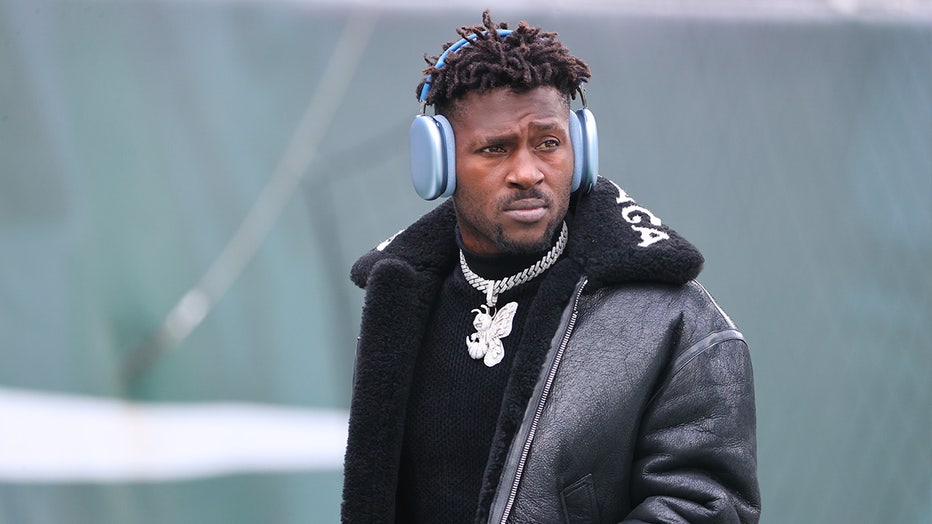 PREVIOUS: 'Get the F out of here:' Buccaneers officially terminate Antonio Brown's contract

Brown said, however, that he does not struggle with any mental health problem and claimed he plans to sue the Bucs for defamation.

As of Wednesday morning, neither Coach Bruce Arians nor the team have made a statement in response to Brown’s claims.

Meanwhile, other pieces will start to fall in place over the next few months for the team. Some changes are already beginning to happen, giving fans a better idea of what things could look like this fall.

While there still is no definitive answer to the biggest question on everyone’s mind, whether Tom Brady will retire or return, he did take to Instagram to voice his appreciation for both the team and the fans.

"I understand that at this stage in my career, there is going to be interest in my future whenever a season ends, but this week, all that is on my mind is the gratitude I have for this team and the fans that have supported us all year long. This year has been incredibly rewarding personally and professionally and I am appreciative of everyone who worked their a** off to help our team achieve so much. I always want to win, I think that's pretty apparent by now, but that doesn't mean I equate losing to failure, especially when you go out fighting the way we did… There's so much to appreciate in a season like this when you're surrounded by a team that believes in each other, and plays for the people standing on either side of them. I'll spare you the Man in the Arena quote, but that feeling is something that I promise I'll never take for granted. To everyone that was a part of it this year, thank you. I love you all!" 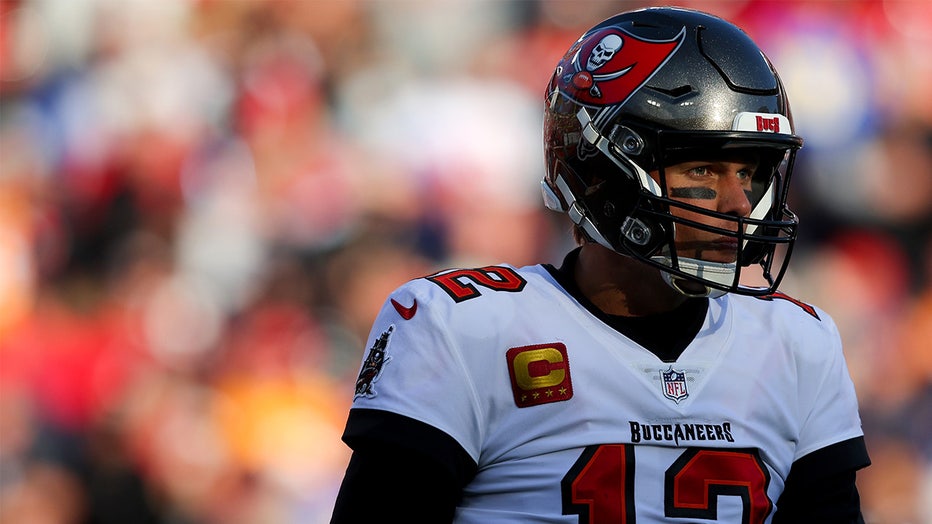 TAMPA, FLORIDA - JANUARY 23: Tom Brady #12 of the Tampa Bay Buccaneers looks on in the second quarter against the Los Angeles Rams in the NFC Divisional Playoff game at Raymond James Stadium on January 23, 2022 in Tampa, Florida. (Photo by Kevin C. C

Brady has made it clear he will not announce his future plans for at least a month, but one thing that could factor into his decision is changes in the coaching staff. The Bucs’ current offensive coordinator, Byron Leftwich, is rumored to have accepted a head-coaching job with the Jacksonville Jaguars.

Additionally, the team’s defensive coordinator, Todd Bowles, is heading into his fourth interview over the past few weeks. He’s scheduled to meet with the Los Angeles Raiders on Thursday.

In a TMZ interview, Ron Gronkowski said he isn't sure if he will be returning either. He is set to become a free agent come mid-March but said he needs a few weeks to heal and make a decision, adding that if anyone were to ask him right now if he'd be returning, the answer would be "no."

"I just want to heal completely, see where my thoughts are from there," Gronk said to TMZ. "Just let things settle down -- got to just heal a little bit. Fix all the bumps and bruises."