TAMPA, Fla. - Only a handful of the 57 players in the Tampa Bay Buccaneers Rookie Camp will return for training camp. There are eight guaranteed to be back, including this year's Draft class, which is headed by second round pick Logan Hall.

The defensive tackle for now inherits Jason Pierre-Paul's number, who is a free agent and if Ndamukong Suh isn’t resigned. Hall could see plenty of playing time this season.

"To be quite honest, I'm still trying to process it a little bit, said Hall. "I'm sitting in this position talking to you guys after practice it's still surreal, but feels really good."

Cracking the Bucs starting lineup won’t be easy for any of the Bucs picks, but along with Hall, second pick Luke Goedeke and third pick Rachaad White are expected to contribute. White is so excited to be a Buc, he tried to leave with his helmet. 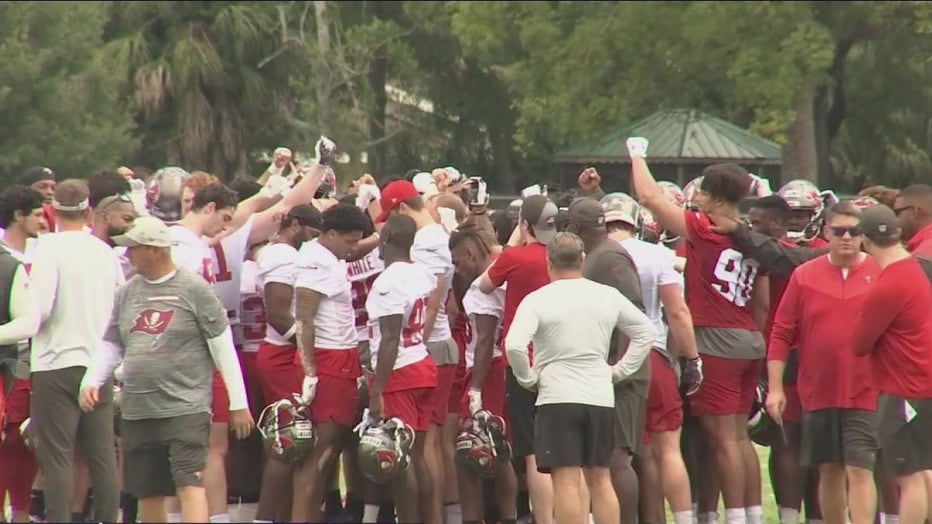 "I was trying to take my helmet home, I mean to the hotel last night, but they wouldn't allow me to," laughed White. "I just miss football so much. Actually being out here with guys, teammates and being out there with coaches, getting coached up. Getting better at the game of football."

The Rookie Camp runs through Sunday. It’s a crash course to prepare the players who will return on what this next level of football is like, and Head Coach Todd Bowles is hoping his young Bucs can absorb enough to have them ready to join the veterans for OTA’s.

"Contribute by pushing everybody to make them better," said Bowles. "So we drafted these guys and hopefully that most of them can help us play this year, and help us win this year and I think they'll do that."