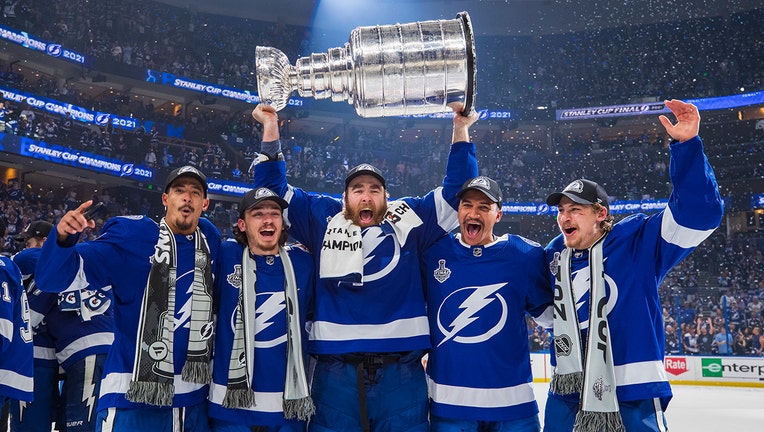 TAMPA, Fla. - The general manager for the Tampa Bay Lightning announced Wednesday that the entire team has been vaccinated against COVID-19 – just in time for training camp.

Earlier this month, the Tampa Bay Buccaneers said their team was fully vaccinated. This week, the NHL reported that 98% of its players were expected to be vaccinated before the start of the season, leaving between 10 and 15 players without among roughly 700 on 32 teams across North America.

The first preseason game is Thursday, Sept. 30 against the Nashville Predators. The regular season for the back-to-back Stanley Cup champs kicks off Tuesday, Oct. 12 against the Pittsburgh Penguins.

The league and NHL Players’ Association did not impose a vaccine mandate on players, but restrictions — including the potential of not being able to cross the border from the U.S. into Canada without a lengthy quarantine — contributed to the number.

MORE: NHL expects 98% of players to be vaccinated before season starts

Teams will be able to suspend unvaccinated players without pay if they cannot participate in hockey activities as part of the protocols, which could include games in Canada.

"If you’re unvaccinated, you’re on a U.S. team, you’re traveling to Canada to play games in Canada, there is no exception at this point for that player to be exempted from a 14-day quarantine," Daly told The Associated Press. "Most of our U.S. clubs aren’t doing 14-day road trips into Canada (so) that player typically would be left home because he can’t participate if he goes to Canada. So, those are the types of disruptions that we’ll see with unvaccinated players."