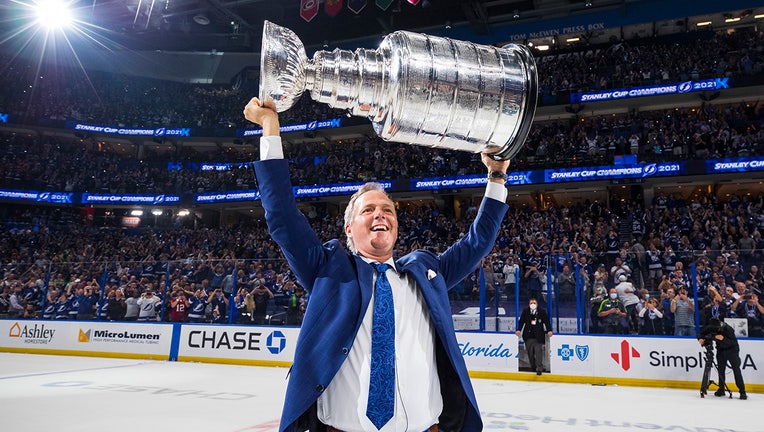 TAMPA, Fla. - After a back-to-back championship, the Tampa Bay Lightning’s head coach will be sticking around a lot longer.

On Monday morning, the team said they signed Jon Cooper to a three-year contract extension through the 2024-25 season.

"Unequivocally, Coop is the best person for the job," Julien BriseBois, the general manager, said in a statement. "He is a great leader, spokesperson and ambassador for our organization. We are lucky to have him as our head coach and I very much look forward to our continued partnership."

Cooper was named the Bolts’ ninth head coach in franchise history back in March 2013. He is now the NHL’s longest-tenured bench boss. He made his coaching debut inside Amalie Arena within the same month with a 5-4 victory against the New Jersey Devils.

The announcement comes one day before the team’s first regular-season game. The Lightning are set to face-off against the Pittsburgh Penguins at 7:30 p.m. Tuesday.

But first, they will raise their third Stanley Cup banner for their second-consecutive Stanley Cup Championship after defeating the Montreal Canadiens over the summer.