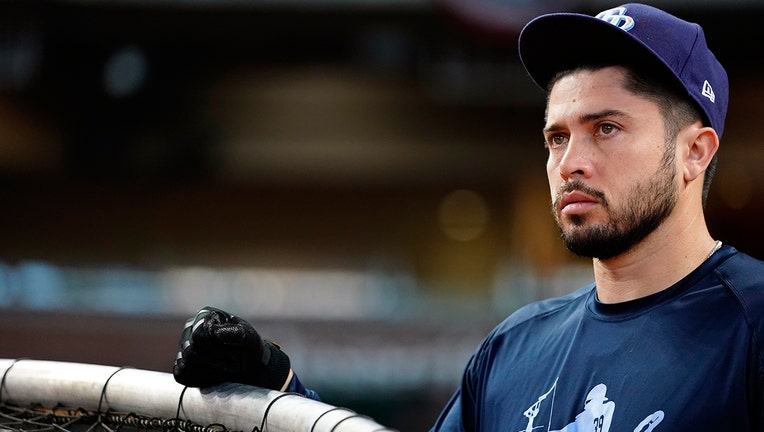 Travis d'Arnaud #37 of the Tampa Bay Rays looks on during batting practice prior to the ALDS Game 1 between the Tampa Bay Rays and the Houston Astros at Minute Maid Park on Friday, October 4, 2019 in Houston, Texas. ( Cooper Neill/MLB Photos via Getty Images )

The 30-year-old split his time during last season with the New York Yankees, Los Angeles Dodgers and the Rays.