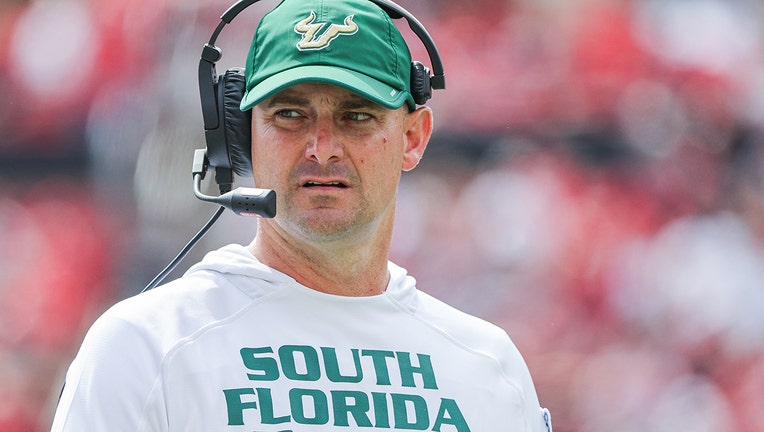 LOUISVILLE, KY - SEPTEMBER 24: Head coach Jeff Scott of the South Florida Bulls is seen during the game against the Louisville Cardinals at Cardinal Stadium on September 24, 2022 in Louisville, Kentucky. (Photo by Michael Hickey/Getty Images)

Vice President and Director of Athletics Michael Kelly made the announcement on Sunday following a 28-54 loss on Saturday to the Temple Owls.

Kelly says special teams coordinator Daniel Da Prato will serve as interim head coach for the rest of the 2022 season and co-defensive coordinator and linebackers coach Ernie Sims will assume leadership of the Bulls' defense.

"When Jeff came to Tampa in December of 2019, we had high expectations for where he could take our football program," Kelly said. "While he did so many things right, including rebuilding our culture, pushing forward our Indoor Performance Facility, and engaging our community, the on-the-field results fell well below our standards. He is a tremendous person and class individual and we wish him, Sara, Savannah and Hunter all the best in the future. In the days ahead, I will share information about our search for a new head coach. Our focus right now is on the talented young men in our football program."

"I would like to thank our players, coaches and staff members for all their hard work during my time as the head coach at USF," Scott said. "I especially want to thank USF President Rhea Law and Vice President and Director of Athletics Michael Kelly for giving me the incredible opportunity to lead the football program the last three years. I will miss this team and will do anything in my power to help them in the future. I am disappointed that our hard work didn't translate to more success on the field, but I am confident that we have set a new foundation. I know the future of USF football is bright and my family and I will always remember our time at USF as a very special chapter in our lives." 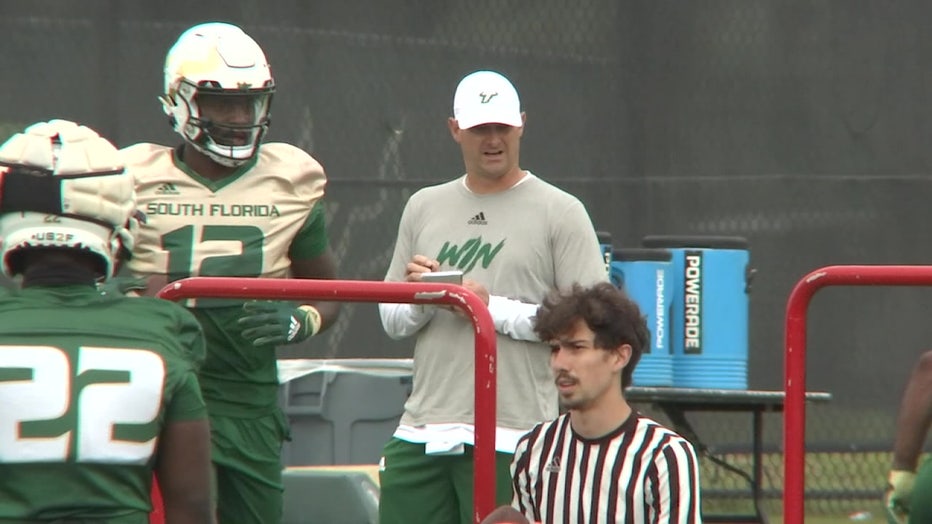 Vice President and Director of Athletics Michael Kelly announced the athletic leadership changes on Sunday following a 28-54 loss on Saturday to the Temple Owls.

"I fully support Michael Kelly's difficult decision to change the leadership of our football program and move us in a different direction," USF President Rhea Law said. "I thank Coach Scott for his dedication to the University of South Florida and wish nothing but the best for him and his family in the future. Unfortunately, our football team's results have fallen short of our expectations and what our fans deserve. We are fully committed to finding a new coach who can rebuild the program and consistently put a winning team on the field."

Da Prato has been at USF since December 2019 and has previously worked at Arkansas, Colorado and Montana State among others. Sims joined USF in 2020 after working on the football staff at Florida Atlantic.