Tigers never forget the true meaning of the game

TAMPA, Fla. - Jesuit High School senior Dominic Castellano is in the zone. The left-handed pitcher is coming off a seven-inning no-hitter against Sarasota his last outing. This night, he's facing the Durant Cougars lineup in the championship game of the Saladino Tournament.

He throws nine pitches in the top of the first inning, all for strikes.

Young Mr. Castellano knows, though, that baseball is a game in which greatness can be fleeting. And one is best served by blending that intense focus with some intermittent fun. 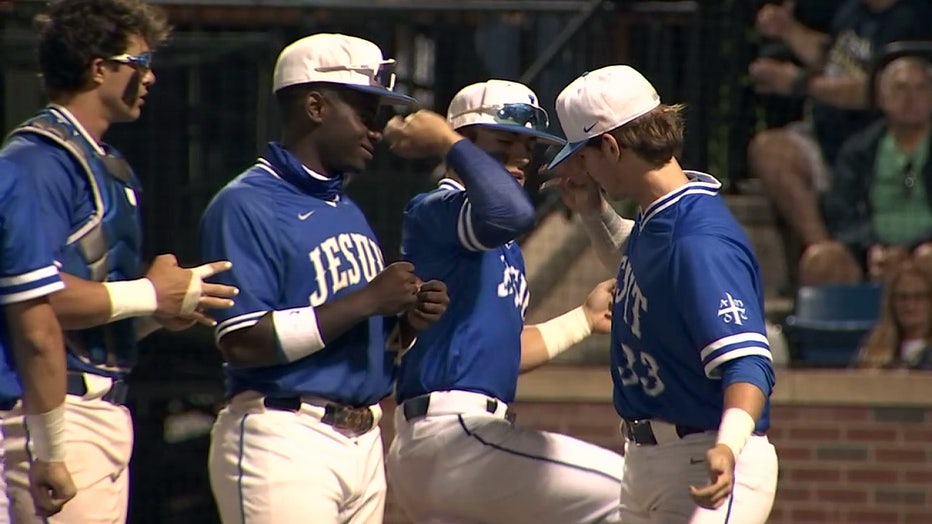 The Jesuit 2021 baseball team is doing well and having a good time playing. The team won that championship matchup with Durant 10-2 to take the Saladino trophy in the Gold division.

The Tigers are currently 11-1 on the season and ranked number one in the state in the 5A classification.

The top of the Tigers’ batting lineup features senior shortstop Bradke Lohry hitting leadoff and senior outfielder BJ Graham hitting second. Both will be playing baseball at the collegiate level: Lohry at Wabash Valley -- the number-one ranked junior college team in the country -- and Graham will be attending Tulane University.

For BJ Graham, the Jesuit academic program has prepared him well for the future.

"I take academics very seriously," Graham explained. "I knew going in that was one of the big factors in choosing my college. Once I got a call from the coach, I knew that was a dream school. The goal is to make it to the majors, and if that doesn't happen, then with Tulane, get a business degree, I think I'll be in good hands." 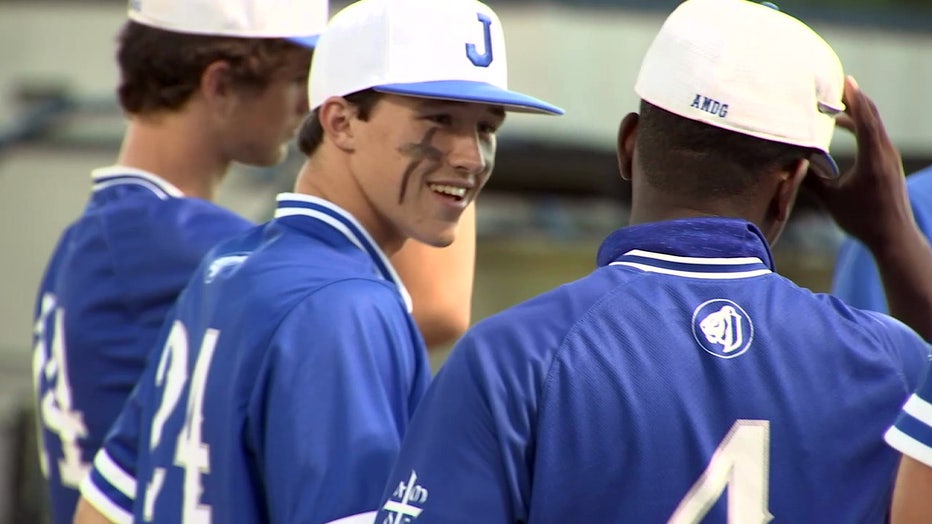 Bradke Lohry is focused on one more task before leaving Jesuit: Winning another state title. The Tigers won the state championship in 2019. But last year’s senior class was denied the opportunity to defend that title due to the COVID shutdown.

"Our motivation for the season is do it for our seniors’ last year," said Lohry. "They didn't get to finish out the way they wanted to, so we've got to do it for them and pick up that state title this year."