Kicker is a luxury and asset for Pinellas Park football

You also have those of the punny variety, such as Gunn Show, and Shotgun. Of course, his favorite is RG3, a nod to Heisman Trophy winner Robert Griffin III.

Each of them are earned, as Robert has had a bomb of a leg dating back to youth football. This was particularly beneficial to his team then, as point-after kicks count for two points at that level.

“A lot of people said that he had changed the game for youth football back in the day,” said Bobby Gunn, Robert’s father.

Now kicking at the high school level, Robert has become as much of a luxury for the Patriots as he is an asset. 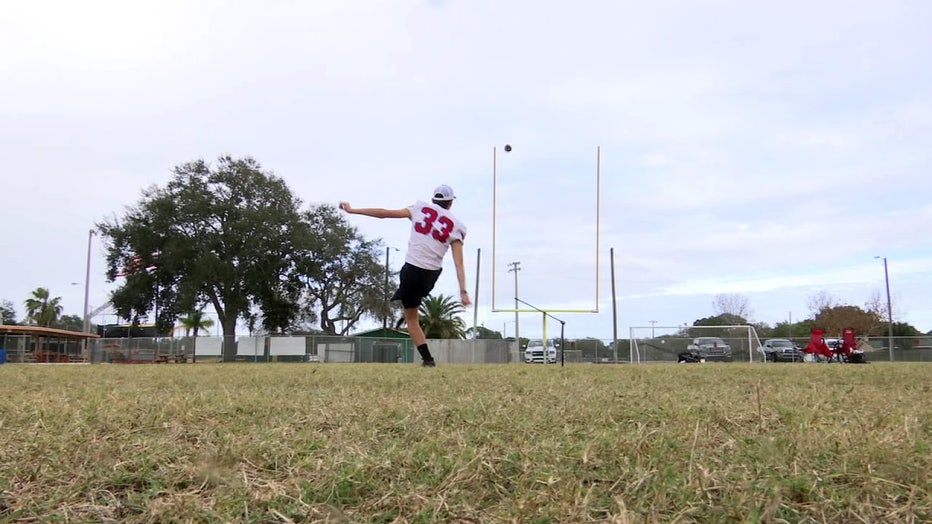 “For a sophomore to come in and be almost 90-percent on kickoff touchbacks is incredible,” PPHS head football coach Kenneth Crawford told FOX 13 Sports. “Instead of punting, we can take a shot at points, and legitimately have a chance to make points.”

Robert’s kicking prowess was recently put on display for the entire nation to see. As a member of the U17 U.S. National team, Robert nailed field goals from both 40 and 50 yards out against Japan.

“I just remember aiming, taking a deep breath. I said a little prayer, and said let's do this.”

“The setting couldn't have been any more perfect,” added Robert’s father.