Mike Alstott has fallen in love with what he's doing. He's a bit of Jon Gruden and Tony Dungy. Two contrasting styles that he learned from and morphed to the high school level.&nbsp;

ST. PETERSBURG, Fla. - With the urging of his son, Mike Alstott took over as Northside Christian's head football coach eight years ago. Some had thought it would be for just for the time his son was in school.

But Griffin graduated in 2017 and moved on to play in college at Western Michigan. His dad stayed on and is committed to coaching.

He does it with the same kind of passion he had when he was running over linebackers in the NFL.

"What am I going to do, right?” laughed Mike Alstott. "Obviously being around the game is my life. Being around these kids and being able to help them achieve some goals, experience and dreams. Stuff like that is what we are here for."

Alstott has fallen in love with what he's doing. He's a bit of Jon Gruden and Tony Dungy. Two contrasting styles that he learned from and morphed to the high school level.

"It's got to be tough love at some times,” said Alstott. "At the end of the day, they know that we do love them. We're going to put our arm around them and help them achieve whatever they are wanting to achieve in their minds and hearts."

Most of Alsott's players weren't even born when Mike scored the first touchdown for the Buccaneer in Super Bowl XXXVII, but they quickly found ways to see what made him one of the Bucs’ all-time greats. 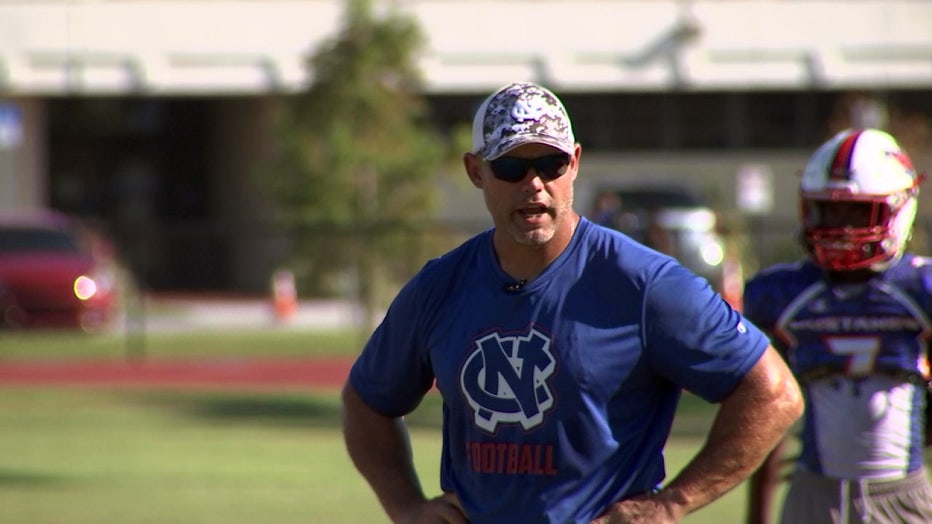 "Some of these kids will say, 'Hey Coach, you're on Twitter. I saw your highlights and stuff,” laughed Alstott. "I don't have that stuff, so I don't know and they'll come here and show me it."

"Yeah, I looked him up,” said Mustangs defensive back Joel Bolds. "I was like, ‘Wow, that guy coaches at Northside? What!’"

"It's so cool to play for somebody that was so good at football,” said Mustang linebacker Clayton Delarbre. "Just a legend in the Tampa Bay community. It's awesome. I'm, like, not even kidding."

Coach Mike knows what it takes to win. The Bucs were underdogs when they won the Super Bowl and he has these boys believing anything is possible -- including becoming the first Pinellas County team to win a state football title.

"It would be great, but we have to get through Friday first,” said Alstott. "Every day and every week is a building block towards our dreams, but we are living them each and every day because we're out here on the field. We're blessed to be able to be out here and participate in the game that we love."