Football runs in the Bartalo family so it's only natural for brothers Tony and Nick both to play.

TAMPA, Fla. - The Bartalo boys are on the move helping the Gaither Cowboys to one of the best seasons among all Tampa Bay teams.

The Bartalo family has had a big part in leading the Cowboys to the top seed in 6A in this region. Tony is the quarterback; younger brother Nick blocks for him on the line, and their father Steve is an assistant coach. It's the tight-knit family within the Cowboys family.

"They are polar opposite of each other and maybe that's why it works so well,” said Gaither head coach Kirk Karsen.

"It's a great feeling just having him block for me,” Gaither senior quarterback said Tony Bartalo. “It's nice knowing he has my back."

Is he a better quarterback or brother?

Football runs in the Bartalo family. Father Steve was one of Ray Perkins’ first draft picks with the Buccaneers back in 1987.

"He was a dog,” said Tony. "He was hard-nosed. He was a freight train. He wouldn't juke. He would just tuck the ball and run through people."

Steve Bartalo still holds the NCAA record for most career rushing attempts, a record he earned back in 1986 at Colorado State. So why don't his sons play running back?

"I'm not that fast,” laughed Nick.

"I never pushed them,” said Steve. "Whatever they wanted to play, I let them play."

"It drives him nuts when Tony runs the ball,” added Karsen. "He's got the ball out here (carrying it high) and Steve is like, 'Ugh, like what are you doing, like I taught you better than that.'" 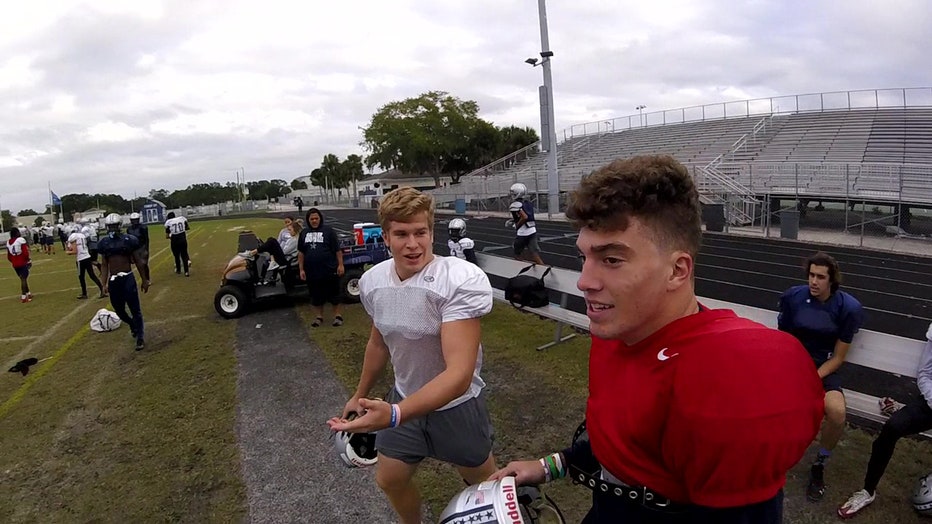 The Cowboys are glad Tony isn't running because he's carving up defenses with his passing. He's thrown for 36 touchdowns and more than 2,000 yards, which ranks among the leaders in the state.

"Those are really impressive numbers, but what's more impressive is the competition that we've gone against,” said Karsen.  "For Tony to do what he was able to do with the passing, it's a credit to them because we've had a really tough schedule."

Gaither is four wins away from a state title and the Bartalo boys have this team believing.

"It would be great,” Tony added. “That's all we are working for right now is a state championship.”