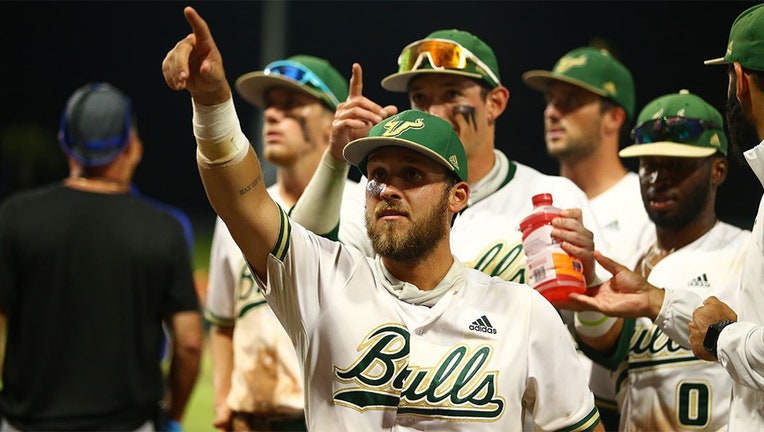 AUSTIN, Texas - Trey Faltine drove in three runs with a pair of doubles and Cam Williams hit a two-run home run in the seventh inning after walking his first four times up and scoring three times as No. 2 overall seed Texas breezed into the College World Series with a 12-4 victory over South Florida on Sunday, sweeping the Austin Super Regional.

The Bulls (31-30) grabbed a 2-0 lead in the bottom of the first on Jarrett Eaton’s two-run bases-loaded single, but Jake Sullivan was thrown out at home trying to score from first on the play and the Longhorns (47-15) answered with four runs in the top of the second — with Faltine and Silas Ardoin delivering run-scoring doubles — to take the lead for good.

The Bulls were deemed as the underdogs, and it's "magical" postseason fun came to an end.

"That's a special group of kids in that locker room that finally gelled, and this was one of the best months of baseball in my entire life," said head coach Billy Mohl. "I love them to death. They changed the course of USF Baseball for years to come. The bar has changed, and I couldn't be prouder of them."

When USF defeated UCF in late-May, it was a historic win claiming their first conference tournament title since 1995. USF was initially picked to finish last in the 2021 AAC preseason coaches poll – but the team proved the early prediction wrong.

Collin Sullivan (3-4) lasted just 1 2/3 innings in a start for South Florida, surrendering four runs on four hits. Eaton went 3-for-3 with a double.

A season that will forever be remember as the Bulls reached their first-ever NCAA Super Regional.

It won't be the last time.

"We're still a very young team and will be returning a lot of players from this group. This experience is invaluable for them," Mohl said. "As this group gets older and matures, you'll see some of our little mistakes go away and we'll benefit from having been here."