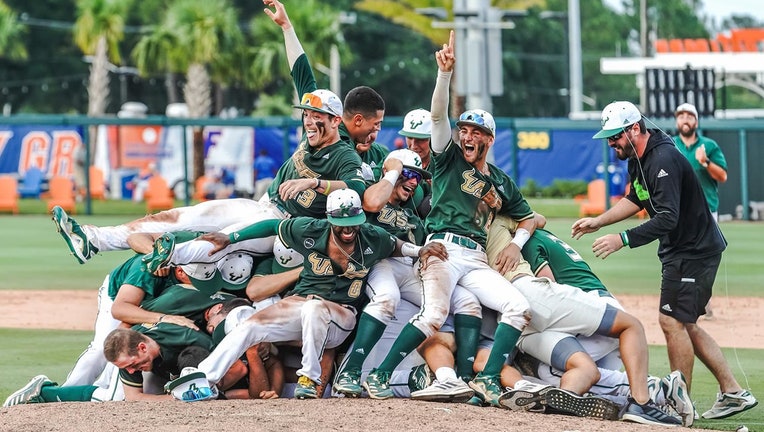 GAINESVILLE, Fla. - Jarrett Eaton was 3 for 3 with a home run and an RBI double, and South Florida advanced to its first super regional in program history by beating South Alabama 6-4 on Monday in the Gainesville Regional.

South Florida (31-28), in its 14th NCAA regional appearance, will play at Texas this weekend.

Eaton got on base four times, including a walk in the ninth he turned into a run after an error by center fielder Michael Sandle. Carmine Lane added a sacrifice fly in the inning for a 6-3 lead.

Orion Kerkering (5-3) struck out five in 4 1/3 innings and Joseph Sanchez picked up his first save of the season. Sanchez entered in the eighth with the bases loaded and one out before Andrew Bates popped out and Cameron Tissue struck out.

Santi Montiel hit a two-out homer in the ninth for South Alabama (36-22), but Sanchez got Ethan Wilson to ground out.