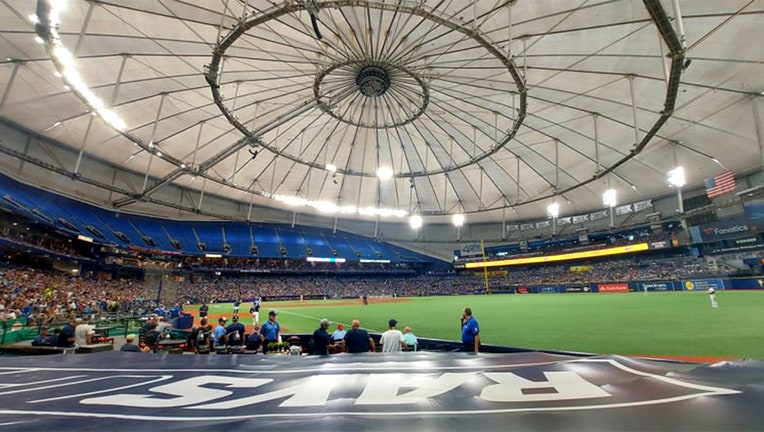 A view of the field inside Tropicana Field before the Tampa Bay Rays faced the Detroit Tigers on Saturday, Sept. 18, 2021.

The Red Sox come as an offensive threat, but that may be no match for the Rays’ home field advantage.

"It plays a huge advantage to any time you're at home," Rays veteran center fielder Kevin Kiermaier said Wednesday. "So, for us to have the first two games at home, is going to be huge for us. And you know, this place was electric back in 2019. I think it's going to be just that and then some tomorrow, and we're all going to be very excited about it."

The last time the Rays hosted playoff games in front of fans was in the 2019 American League Division Series against the Astros.

MORE: Here's a look at the 16 potential World Series matchups

The postseason roster should still feature many of the same faces as those regular season games at Fenway Park and Tropicana Field. What may be a little different is how Kevin Cash matches up pitchers with hitters.

Shane McClanahan starts Game 1 for the Rays on Thursday after going 10-6 during the regular season. He'll be opposed by Eduardo Rodriguez. Chris Sale could start Game 2 against rookie Shane Baz.

Tickets were still available as of Thursday morning.