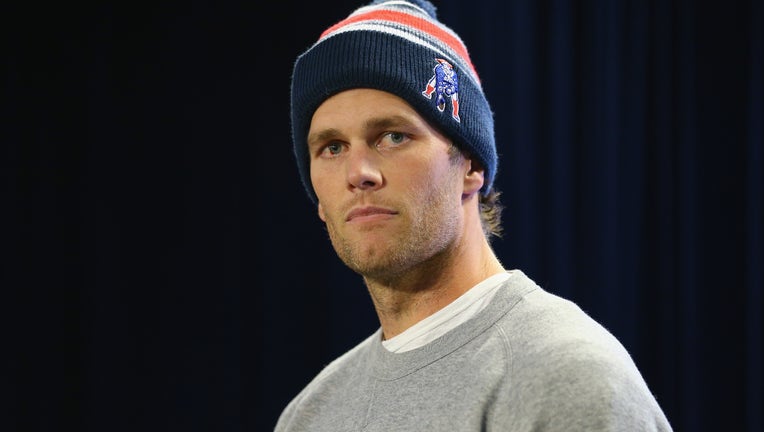 FILE: New England Patriots Quarterback Tom Brady talks to the media during a press conference to address the under inflation of footballs used in the AFC championship game at Gillette Stadium on January 22, 2015 in Foxboro, Massachusetts.

TAMPA, Fla. - It's official, Tom Brady is leaving the New England Patriots, and rumors have intensified as to whether he may join the Tampa Bay Buccaneers.

On Tuesday morning, the Patriots quarterback announced he is moving on, but is "forever a Patriot."

“I wanted to say thank you to all of the incredible fans and Patriots supporters,” the tweet read in part.

Brady is expected to become a free agent once his contract officially voids Wednesday. It will be the first time he will hit the open market in his career. He spent the previous 20 seasons with the New England Patriots, where he helped the team to six Super Bowl championships.

Reportedly, the Los Angeles Chargers also made an offer, according to the NFL.

According to multiple reports, the Buccaneers are rumored to “pull out all the stops” and have already made “an aggressive pitch” to the legendary quarterback.