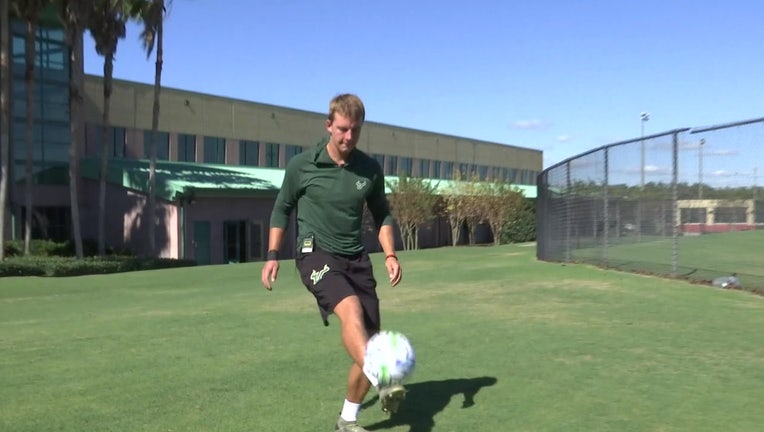 TAMPA, Fla. - The University of South Florida Bulls' kicker, Spencer Shrader may have NFL potential now, but just a couple of years ago football wasn't on his radar at all.

Shrader had just graduated from Newsome High School in Lithia after playing one year of football. Instead, he had professional soccer aspirations, so one night on a whim, he decided to move to Brazil to pursue his dream of soccer.

"At that point in my life I was ready to go on an adventure," Shrader told FOX 13 Sports. "[As] I think back on it I realize it was kind of crazy."

However, a foot injury quickly dashed Shrader's soccer dream. After a couple of years in Brazil, and a short training stint in Canada, he decided to come home to Florida.

It was then he put his entrepreneurial spirit to work, founding his own online company.

"CopperFox Technologies does brand design, web development, and sales force integration," Shrader said of his online business. "I started small projects just for fun. [I was] volunteering my services."

It was also through CopperFox that Shrader submitted a video of his numerous soccer highlights to USF, and his one year of playing football for Newsome High School.

Little did he know that his next "on a whim, just for fun" move would yield walk-on opportunities to either the Bulls' soccer or football program. It was that moment he decided to try something new. 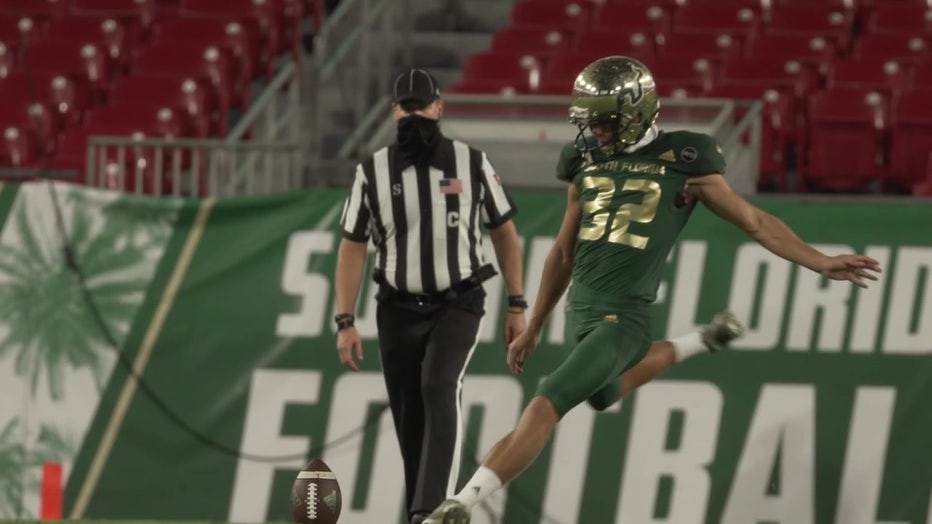 "[Football] was exciting. It was going to be way out of my comfort zone, and I was kind of scared," Shrader said. "Honestly the more I thought about it I was like 'I have to do this.'"

"It was just like going to Brazil or going to Canada where you just kind of throw yourself out there."