TAMPA, Fla. - Over the years, the University of South Florida's head coach for women's basketball has worked to get the Bulls' brand out across oceans and continents by recruiting players from across the globe.

"The game is just different with the amount of skill work and experience," said Jose Fernandez, USF's women's basketball head coach. "We get a different type of international basketball player, too."

With eight of the Bulls 13 rostered players holding an international passport, it's safe to say the coach's plan is working.

"That was the big reason why I chose this college," said freshman forward Emma Johansson. "I feel like it is kind of a safety to know they're going through the same thing as me"

Johansson is from Jonkoping, Sweden and is one of the five members of the Bulls' freshman class. Every one of the five are also international basketball players representing the countries of Sweden, Finland, Columbia and Spain.

"It's like we're combining all of our styles, and I think the team will be very, very nice this year," said freshman guard Carla Brito of Las Palmas, Spain. 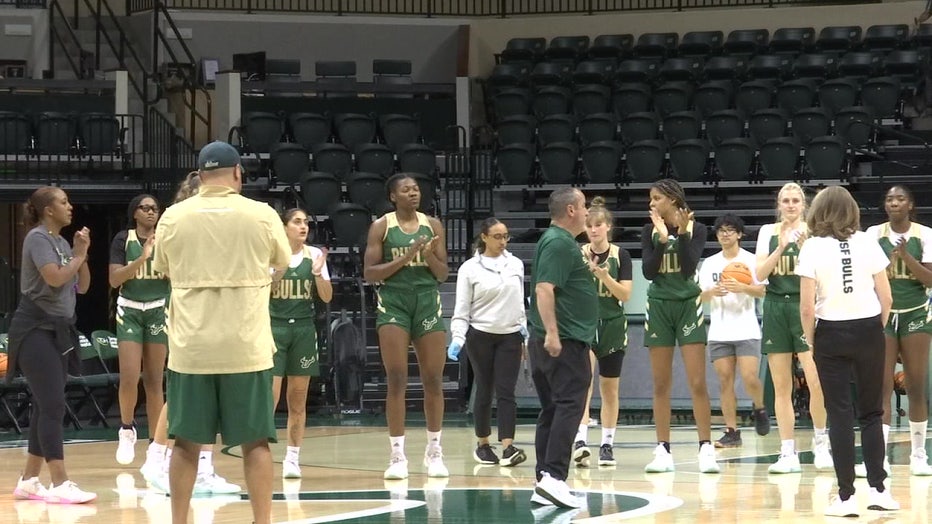 On top of each one of the Bulls' freshmen bringing their own unique experience to the team, they also bring a lot of experience, already as each has experience playing for their country's national team.

"To play with some professional players and play against the top women in Europe, it was so cool," said Johansson.

For Fernandez, having freshman with world-class experience is never a bad thing.

"It brings a huge level of maturity, because they've already played against some of the best players in the world, and they can make an immediate impact here," Fernandez said.

While each of the Bulls freshman five may play for different countries over the summer, they're now united by a common goal as one team.

The Bulls start their season Monday night at home against Morehead State.