TAMPA, Fla. - The USF Bulls are only three meets into their season and they're already turning in record times. USF's women's relay team has broken a long-standing mark and they did it in back-to-back meets.

"It definitely was a team effort," said graduate student Gabrielle DesRosiers. "After the last person, the anchor leg ran, we definitely dominated that race."

DesRosiers, Patricija Roshofa and Jae'Nisa Heckstall transferred into the Bulls program from other D1 programs, while Shaniya Benjamin is a freshman from Alonso High school. They're a formidable foursome, who are far from satisfied with the new record of 3:37.88 seconds. 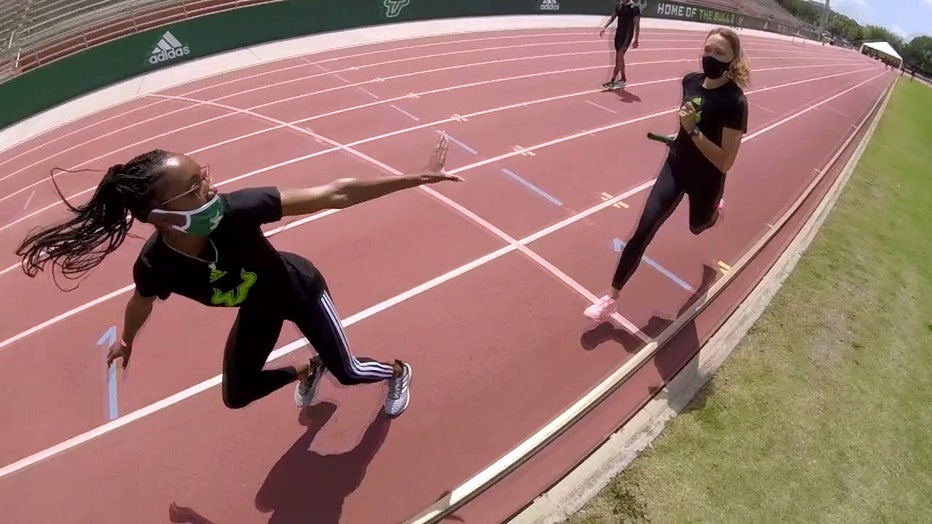 The 4x400 relay, what used to be called the mile relay, is one of the most demanding races there is in track.

"The minds that be put the 4x400 at the end of the meet for a reason," said USF head coach Erik Jenkins.

What makes the race so brutal is that each runner on the relay runs one full lap around the track at full speed and when then reach roughly the three-quarter mark, they all hit what is called the wall and there's still 100 to 150 yards to race.

"Your legs feel heavy, your arms feel heavy and you're just trying to keep pushing, pushing, but you really don't have nothing to push, said Benjamin. "So that's when you've hit that wall." 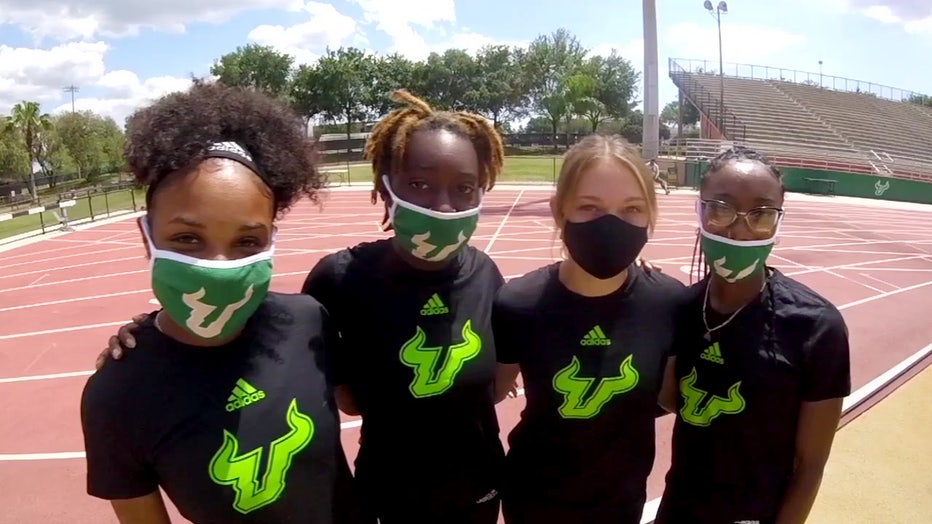 The women's track program has won just five conference titles with the last one coming in 1999.

While these four are looking to lower their new record, it's not their primary target.

"Our goal is to just go out there and win championships," said Jae'Nisa Heckstall.