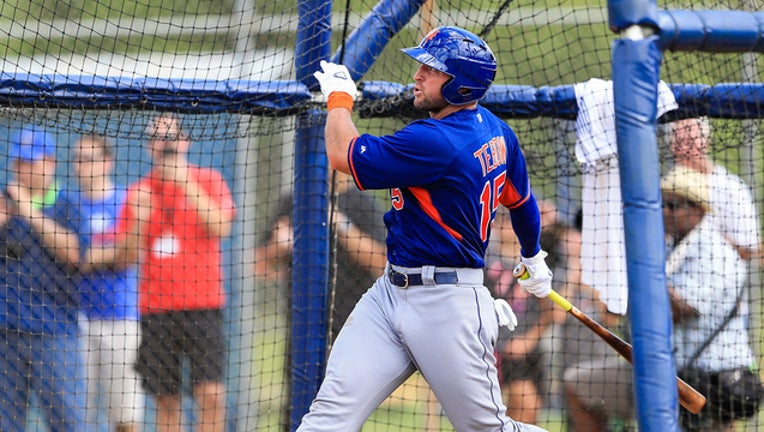 PORT ST. LUCIE (FOX 13) - Tim Tebow got his new baseball career off to a hot start on Wednesday.  In his first professional at-bat for a Mets development team, the 29-year-old former Heisman Trophy winner cranked out a home run.

Tebow, 29, signed a minor league contract with the New York Mets back on September 8 and has been working out with the team's instructional league personnel in Port St. Lucie, Florida.

ESPN's Adam Rubin reported that the lefty Tebow took a 91-mph fastball over the left-center wall in his first game action.  He was greeted at the plate by his teammates as the handful of fans in the stands cheered.

Tebow, the former University of Florida and NFL quarterback, is looking to prove he can cut it as an MLB outfielder even though he has not played baseball since high school.