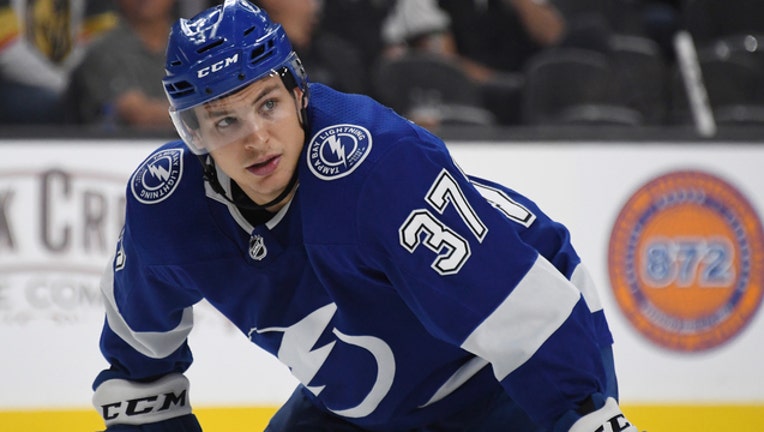 Yanni Gourde waits for a faceoff in the third period of a game against the Vegas Golden Knights at T-Mobile Arena on October 26, 2018 in Las Vegas, Nevada. The Lightning defeated the Golden Knights 3-2. (Photo by Ethan Miller/Getty Images)

Gourde has four goals and eight assists, tied for second on the team for points. He is also tied the team lead with three power-play goals and two game-winning goals.

General manager Julien BriseBois said Gourde personifies the Lightning's team identity "with his speed and relentlessness on the ice."

Over four seasons with Tampa Bay, Gourde has 35 goals and 85 points in 116 games. He had a career-best 25 goals and 39 assists last season.