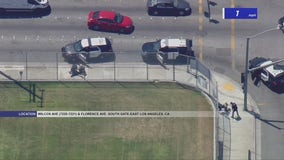 Authorities arrested two pursuit suspects Friday after the pair ditched their dark-colored sedan and were picked up by another vehicle on the side of the highway as apparent "hitchhikers." 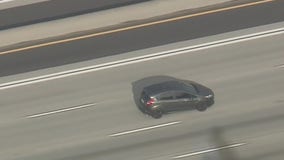 A motorist originally wanted for reckless driving and speeding led California Highway Patrol officers on a nearly two-hour pursuit from Calabasas, through Encino and south into the South Bay area on Tuesday evening before driving under a thick marine layer and away from law enforcement helicopters. 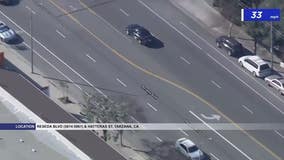 The Los Angeles Police Department arrested a man accused of leading officers on a pursuit through the San Fernando Valley at high-speeds. 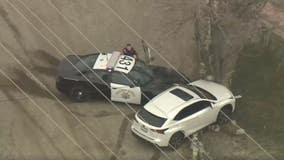 A man has been taken into custody after leading officers on a wild Christmas Day chase. 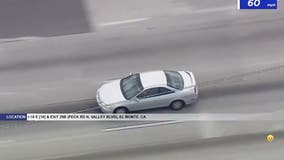 Police were in pursuit of a silver, two-door Honda sedan on Tuesday afternoon after the driver allegedly crashed into a California Highway Patrol vehicle.