TAMPA, Fla. - Former Tropical Storm Fred remained a tropical depression after exiting rough terrain of Hispaniola but is forecast to return to tropical storm status in the coming days as it drifts into warmer waters. The first watches for Florida have been issued.

Fred became the sixth of the Atlantic hurricane season late Tuesday as it moved past the U.S. Virgin Islands and Puerto Rico on a forecast track that would carry it toward Florida over the weekend.

If Fred stays on the course predicted by the National Hurricane Center, the Bay Area will likely feel its impacts Saturday night into Sunday. Most likely it will be a "rainmaker," said FOX 13’s meteorologist Dave Osterberg. 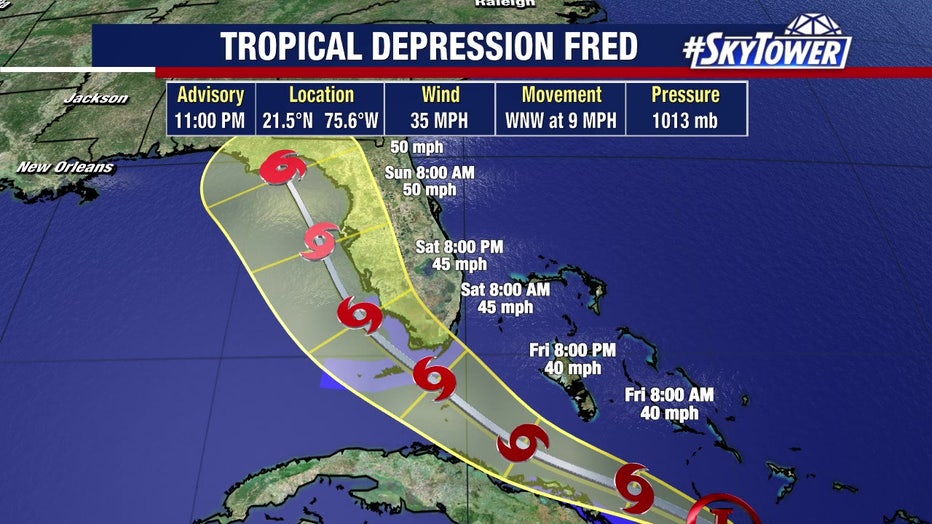 On Thursday evening, Fred was still a disorganized storm with winds of only 35 mph after it traveled through the tall mountaintops between the Dominican Republic and Haiti yesterday.

"Why did it fall apart? So the storm, the counter-clockwise flow, is trying to plug along and it’s being disrupted, bigtime, by these higher elevations and this higher terrain and that’s what tore this storm apart," Osterberg said. 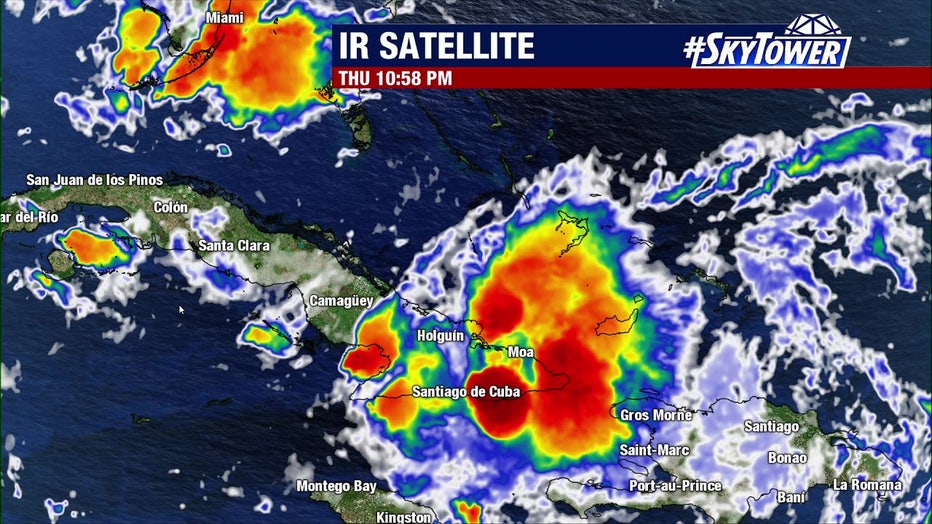 Now, Fred is expected to move west-northwest between Cuba and the Bahamas through Friday. That also means it will be moving into warmer waters. moving into the Florida Straits and warmer water.

"As it moves over the warmer waters , it gets into the Florida Straits, it is expected to slowly gather its strength again," Osterberg said. "However, it’s going to slow down, as soon as it takes that turn to the northwest." 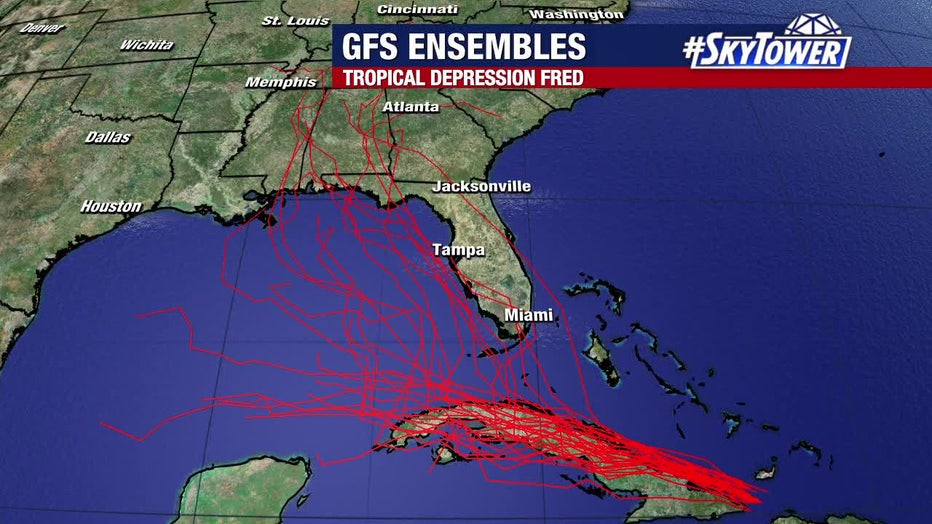 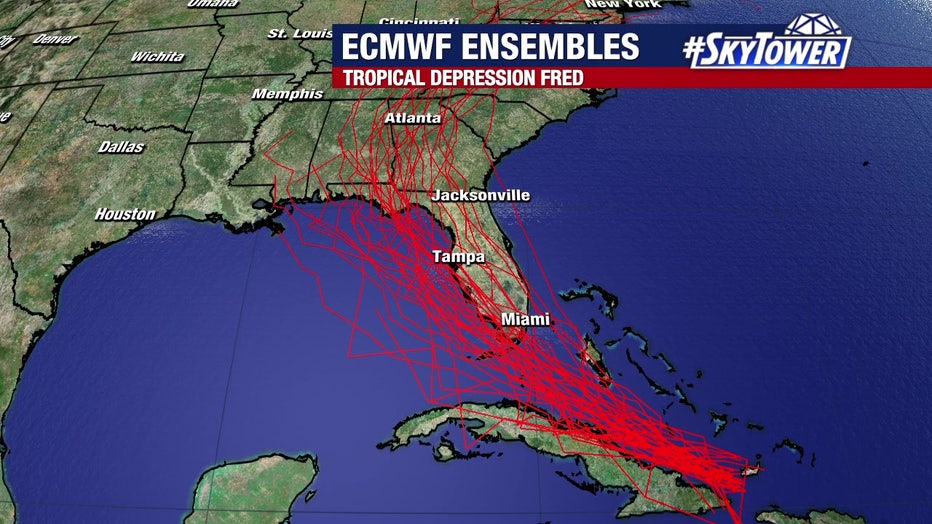 By Saturday afternoon, Fred will likely be a minimal tropical storm down in South Florida. Then on Sunday morning into the afternoon, the forecast track shows Fred north of the Bay Area.

"On a path like that, it will be a rainmaker for us," Osterberg said. "We could get a lot of rain, Saturday night into Sunday. But it will also keep the winds at a minimum. Now, if it were to go a little bit further out, it would obviously be less of an impact to us." 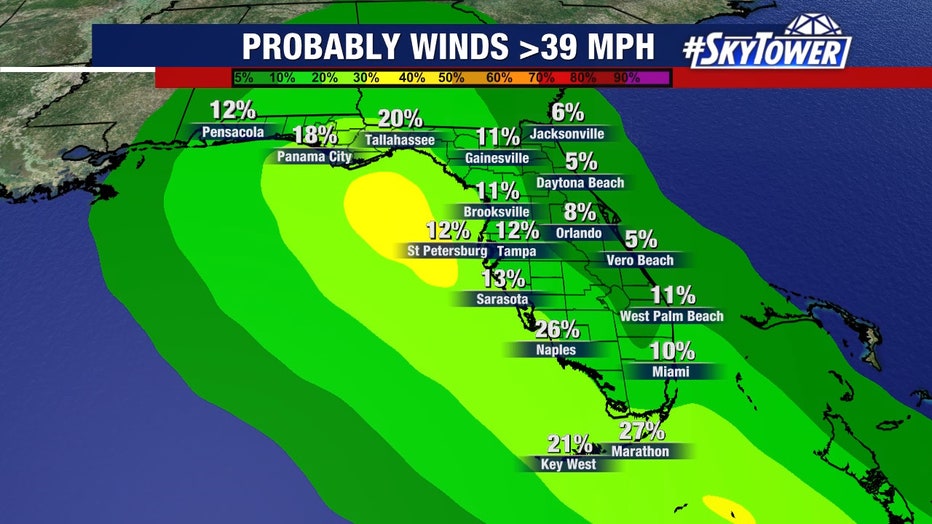 Tropical storm watches were issued Thursday evening for the Florida Keys from Ocean Reef to the Dry Tortugas, and for the southwest coast of the Florida Peninsula from Bonita Beach south and east to Ocean Reef, including Florida Bay.

Based on the current track, there is about a 12% chance of tropical storm winds in the Bay Area.

"Those are good odds, but the rainfall is our primary threat. Multiple inches of rain with the most of it coming down on Sunday. This may be a weekend where Saturday is a decent day, but Sunday is a very rainy day," Osterberg said. "That’s the way it looks now. If it speeds up, or it slows down, you just keep fine tuning that forecast." 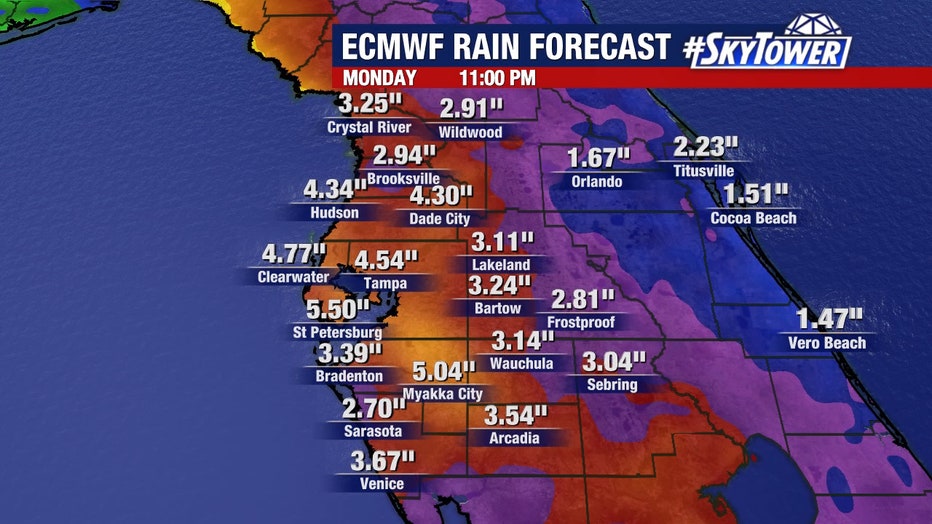 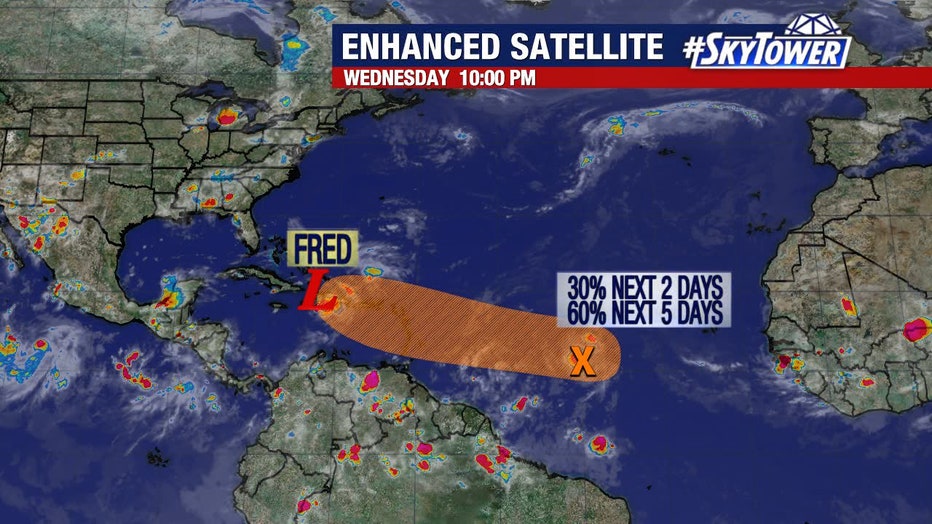