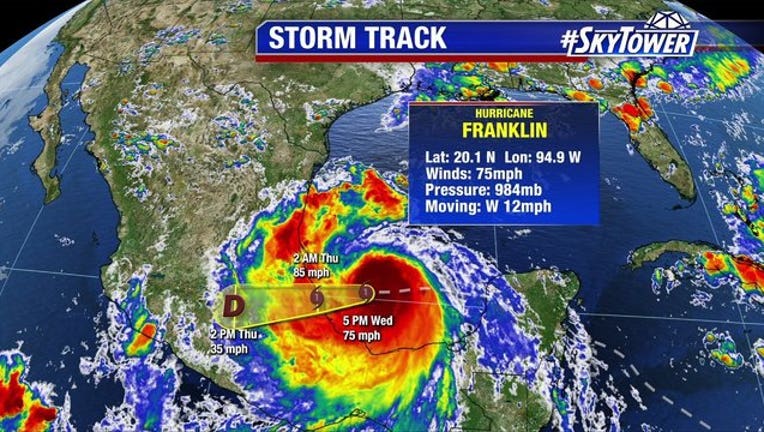 (FOX 13) - The first named hurricane of the 2017 season has formed in the Bay of Campeche to the east of Mexico.

Franklin made landfall late Monday night on the east coast of the Yucatan Peninsula, as a tropical storm, with 60 mph.

A second landfall is likely by early Thursday in mountainous east Mexico. Mudslides and flash flooding are possible in this region. Up to 15 inches of rain is possible through the late work week.

Read more on the myfoxhurricane.com blog.