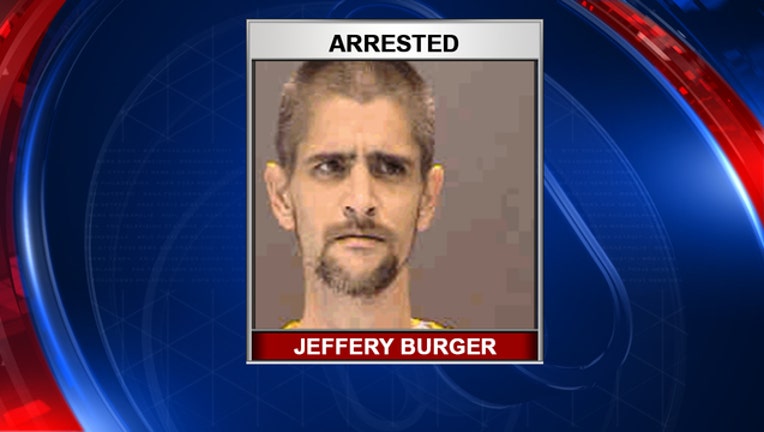 NORTH PORT (FOX 13) - A looter was arrested after he was caught wearing the victim’s shoes, police say.

North Port police arrested Jeffery Burger, 32, on Tuesday for stealing a weapon, TV, laptops, DVD players, video game consoles, medications and more, they say. They said he broke into his neighbors home the night of Hurricane Irma, who also happen to be officers and firefighters, while they were out working.

When North Port police approached Burger, they said he was wearing the victim’s shoes.

“We can’t make this stuff up,” the agency wrote on its Facebook page. “The charges are enhanced due to the state of emergency.”