TAMPA, Fla. - Being a coastal region in Florida, it’s no surprise that Tampa Bay has been dealt some blows by the tropics during its storied history, but direct hits from hurricanes are rare.

You have to go back more than a century to find the last hurricane to make landfall in the Tampa Bay area.

On Oct. 25, 1921, a monstrous storm came ashore with winds estimated to be 120 mph when it made landfall near Tarpon Springs.

In a summary of the storm, the National Weather Service in Tampa noted the winds reduced many structures to rubble and citrus crop fields were destroyed.

Eight people died in the storm. Most of them drowned in storm surge that inundated the coast. 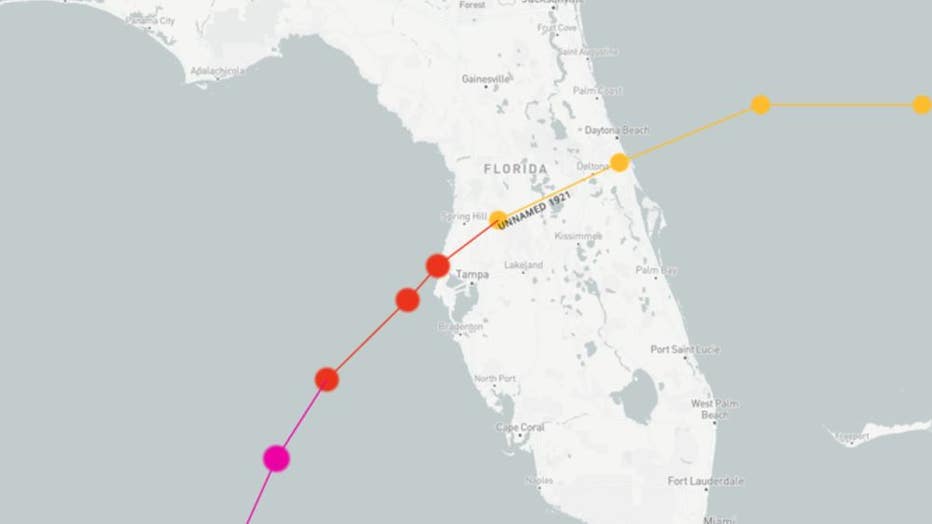 Before 1921, you have to go back to 1848 to find the next major hurricane to make landfall in the Tampa Bay region.

Called the "Great Gale of 1848," the storm slammed into the coast near Clearwater, Florida, in late September. The storm is estimated to have winds of 135 mph.

Tides of 15 feet were recorded in the area, according to a summary of the storm by the National Oceanic and Atmospheric Administration.

While direct landfalls are rare, close calls with hurricanes are much more common. These passing storms can have tremendous impacts on the region.

One example of this is Hurricane Easy in 1950. The Category 3 storm made landfall Sept. 5 about 130 miles north of Tampa Bay, near Cedar Key, Florida, with estimated winds of 120 mph.

The problem came when Hurricane Easy made a hard right and headed south, toward Tampa. It hooked back into the coast about 50 miles north of Tampa and made a second landfall the next day near Hernando Beach. It looped just northeast of Tampa before moving away. 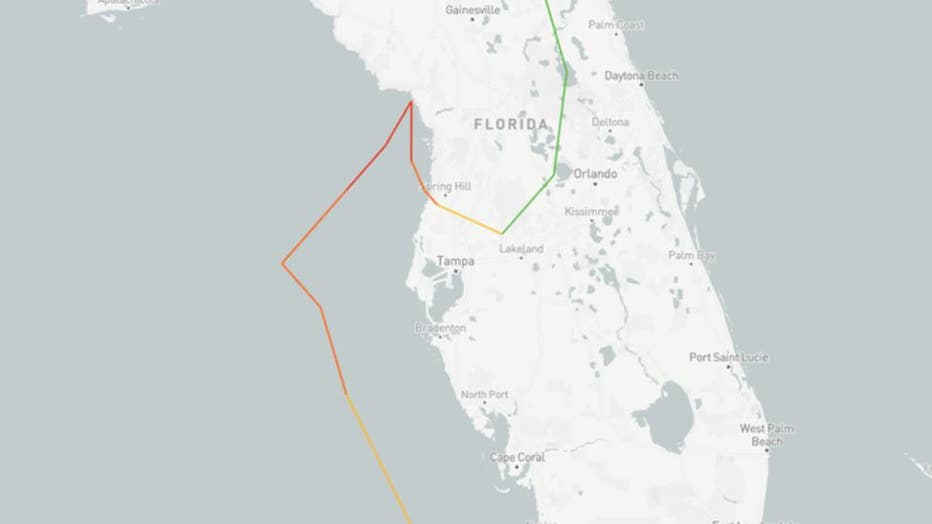 HURRICANE EASY AND THESE OTHER STORMS HAVE RUINED LABOR DAY WEEKEND

While the storm dumped nearly 40 inches of rain in a day well north of Tampa, the storm forced the tide to rise 6.5 feet in Tampa Bay, according to NOAA’s summary of the storm. This washed away a dam on the Hillsborough River and flooded Sulphur Springs, a suburb in the northeast part of Tampa.

In 2004, Hurricane Charley passed just to the east of the Tampa Bay region as a weakening hurricane. It made landfall Aug. 13 in Punta Gorda, about 100 miles southeast of Tampa, as a Category 4 hurricane with winds of more than 140 mph.

Charley’s path is reminiscent of the forecast path for Hurricane Ian.