TAMPA, Fla. - Forecasters now say it’s likely that the season’s first tropical system will form off Florida’s east coast in the next few days, but its impacts on the state will be minimal.

The National Hurricane Center issued a special tropical weather outlook this morning saying there is now a 70-percent chance of tropical development “near or within a couple of hundred miles north of the Bahamas” within five days.

“Environmental conditions appear conducive for gradual development of this system, and a subtropical depression or storm is likely to form this weekend while it moves northeastward over the western Atlantic,” the forecast noted.

Should the system reach tropical storm strength, it would get the name Arthur, the first name on the list of 2020 Atlantic hurricane names. 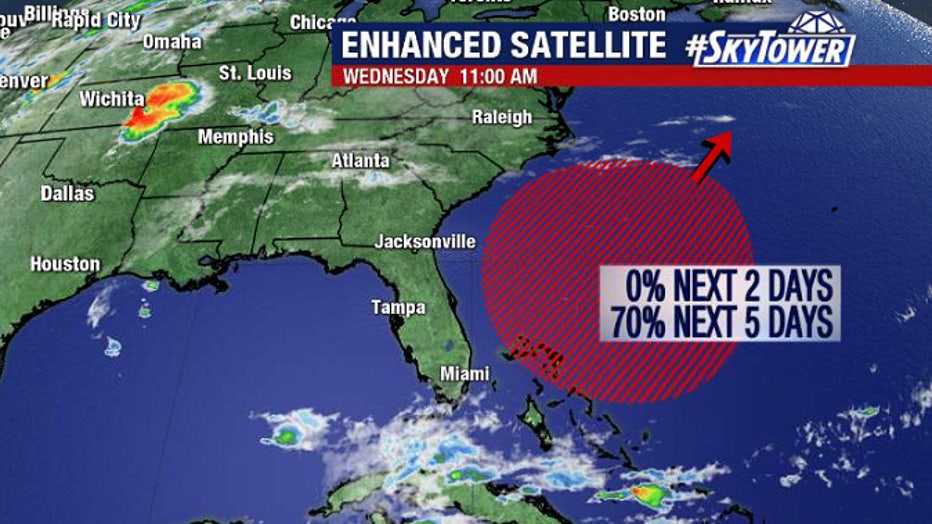 The 2020 season does not technically start until June 1, but preseason storms have formed each of the last five years.

Forecasters expect this season to bring above-average tropical weather activity due to warmer-than-normal water temperatures and the likely lack of an El Nino pattern with its shearing winds. 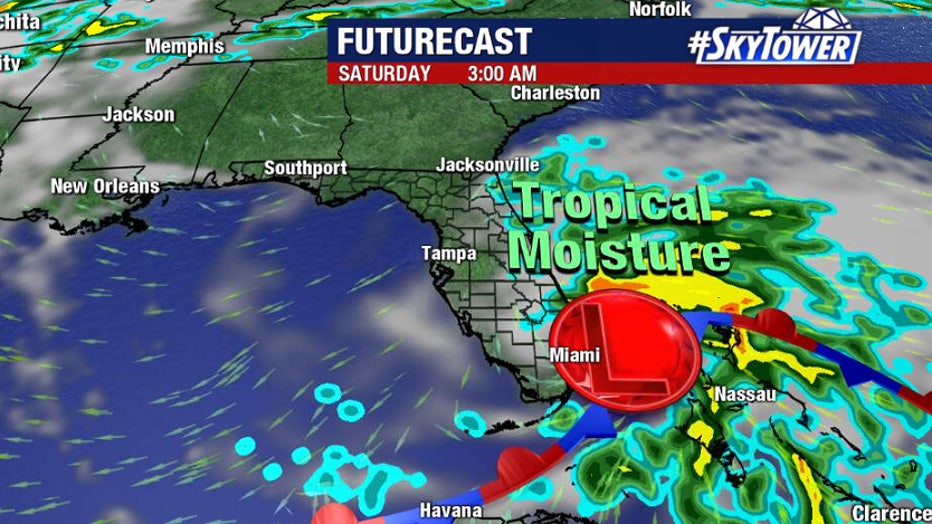 Whether this system becomes Arthur or not, forecasters say it will move northeast, away from Florida.

"Impacts will be minimal, but expect breezy conditions the next few days and higher rain chances across Central and South Florida, as well as the Bahamas, later Thursday through the first half of the weekend," FOX 13 meteorologist Tyler Eliason wrote. "This will also kick up some surf on Florida’s east coast."