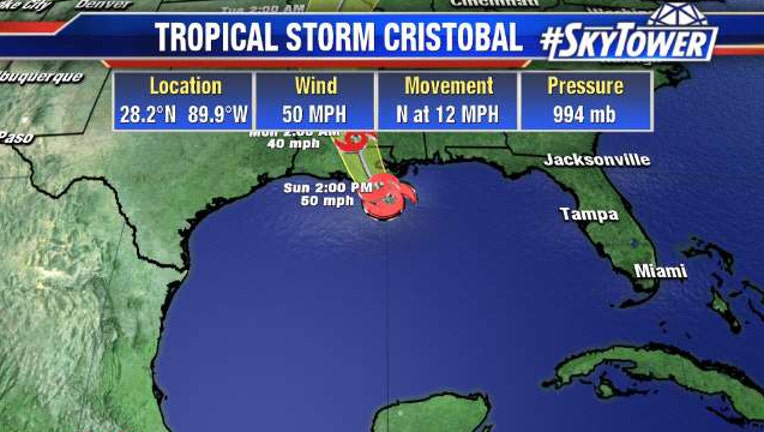 NEW ORLEANS, La. - Tropical Storm Cristobal is continuing its advance toward the U.S. Gulf Coast, having spawned a tornado in Florida.

The National Hurricane Center in Miami says Cristobal's maximum sustained winds are at 50 mph (85 kph) as of early Sunday and it's forecast to make landfall by Sunday night.

The storm already made its presence felt with a tornado that touched down near downtown Orlando, just missing a group of protesters.

There appeared to be no injuries, but tree limbs were knocked down, and there were reports of power outages.