TAMPA, Fla. - Tropical Storm Cristobal made landfall this morning, brushing against the Mexican coast that has been getting soaked by the storm for days. Long-range forecasts still suggest it could bring some of those rains to Florida.

As of Wednesday morning, Cristobal was just onshore along the Yucatan Peninsula, lashing the coast with 60-mph winds and heavy rains. Meteorologists say the storm won’t move much over the next day or so, leading to even more deadly flooding in Mexico while keeping it from weakening too much.

“For now, the cyclone is expected to remain relatively close to the warm Gulf waters, which should temper the  rate of weakening typically experienced by inland tropical cyclones,” Wednesday’s National Hurricane Center forecast noted. 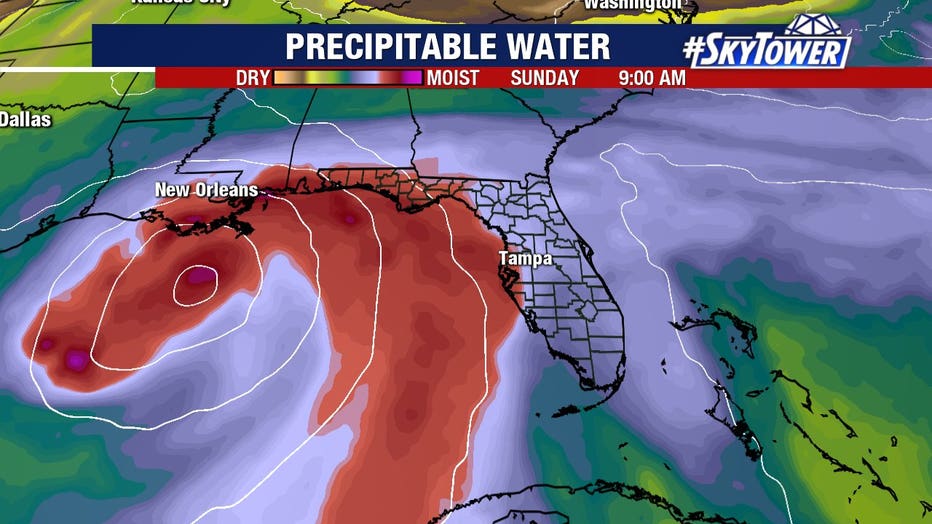 Friday, the storm will get pushed into the Gulf of Mexico and continue moving north. Forecasters say it could make landfall in Texas or Louisiana late Sunday or into Monday.

Even though Cristobal should remain well west of Florida, the state could still see significant rainfall as it passes.

“Deep tropical moisture will be drawn northward on its eastern side, leading to numerous showers and storms across Florida,” FOX 13 meteorologist Tyler Eliasen explained. “It’s not going to rain all the time, but between now and early next week, expect several inches of rain to fall.” 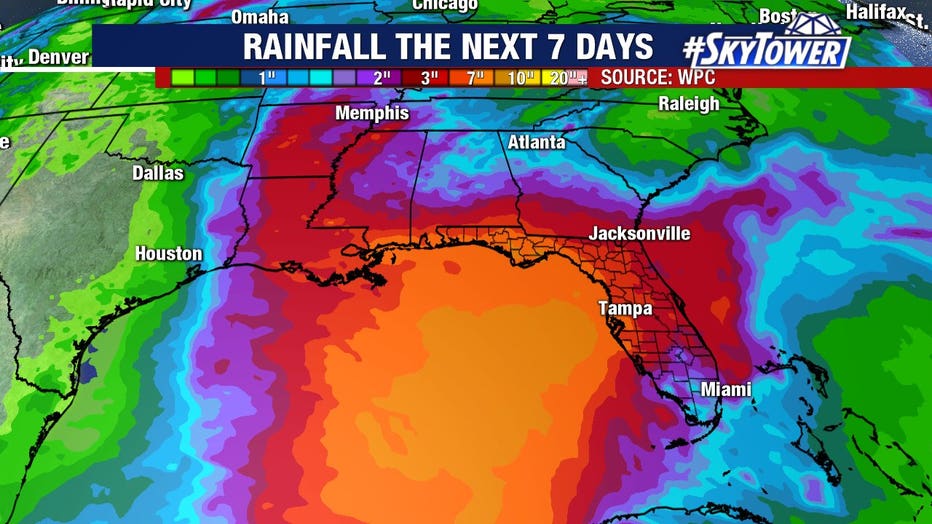 Cristobal already is the third storm of the young 2020 hurricane season. Forecasters expect it to be a busy year thanks to warmer-than-normal waters and the lack of a storm-shearing El Nino pattern.