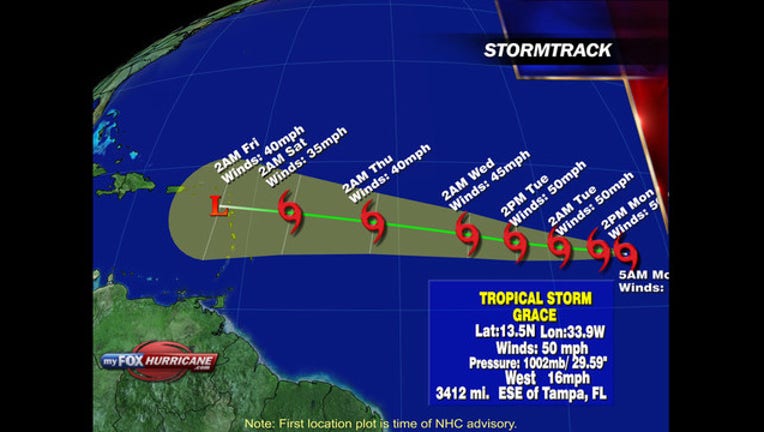 The storm's maximum sustained winds early Monday are near 50 mph (85 kph). The U.S. National Hurricane Center says little change in strength is expected during the next day or so and gradual weakening is expected afterward.

Grace is centered about 685 miles (1,100 kilometers) west-southwest of the Cape Verde Islands and is moving west near 16 mph (26 kph).

Meanwhile in the eastern Pacific, Hurricane Linda is gaining strength. Linda's maximum sustained winds increased to near 85 mph (140 kph) with additional strengthening expected. But weakening is expected to begin Tuesday.

The hurricane is centered about 440 miles (705 kilometers) south-southwest of the southern tip of Mexico's Baja California peninsula and is moving northwest near 14 mph (22 kph).