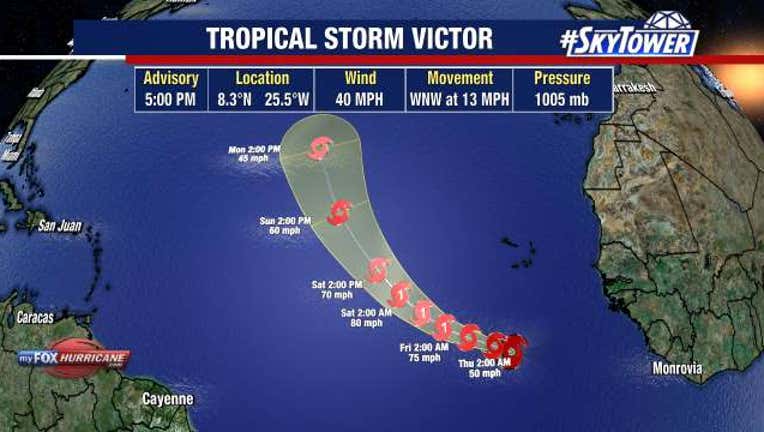 TAMPA, Fla. - A tropical wave off the coast of Africa is now Tropical Storm Victor, and long-range computer models show it will avoid the U.S., much like Hurricane Sam.

"Computer models immediately want to start to take this northwest," explained FOX 13’s meteorologist Dave Osterberg. "On a path like that, it will take this out to sea as well."

Meanwhile, Hurricane Sam is still churning in the Atlantic.

"We’ve got Sam, Category 4 storm hurricane and it’s the least-talked about Category 4 hurricane I’ve seen because it’s not projected to hit any land mass," Osterberg said. "We’d love for all of them to do that. At least in this case, it’s not even going to get to Bermuda." 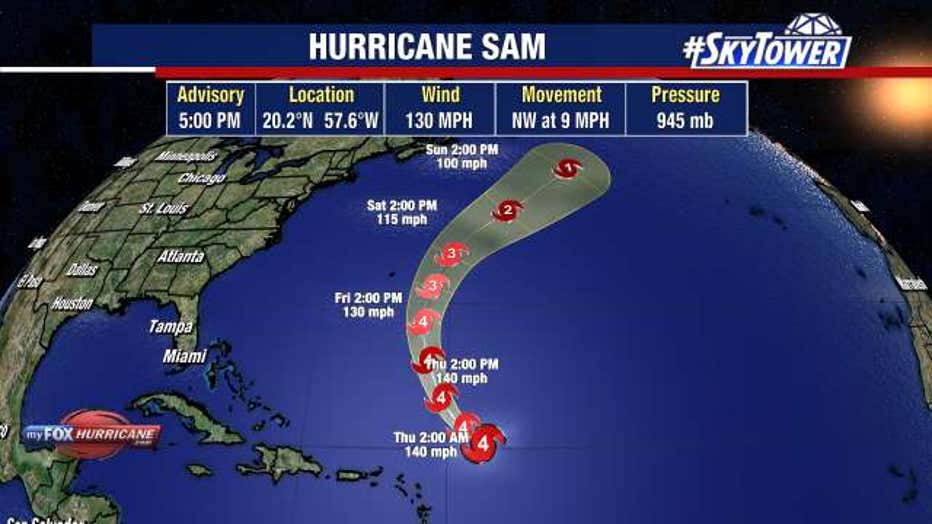 NHC forecasters said beachgoers along the east coast of the U.S. should still be aware of possible surf and rip currents this weekend because of Sam.

Forecasters said large swells are affecting the Leeward Islands and will spread to portions of the Virgin Islands, Puerto Rico, Hispaniola, the Bahamas, and Bermuda by Thursday or Friday as the storm curves northward. Rough surf is expected along U.S. east coast beaches and Canada’s Atlantic provinces by the weekend. 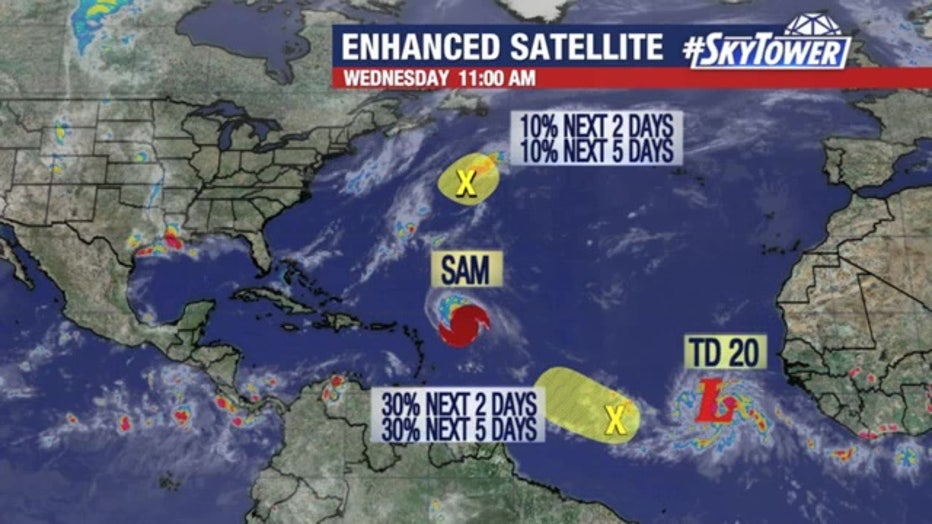 "While there is a lot of activity in the tropics, there is nothing, knock on wood, close to home and nothing for the U.S to be concerned about in the short-term.

RELATED: No more Greek letters: Here’s what will happen when we run out of hurricane names this time