ST. PETERSBURG (FOX 13) - Eight months ago Angel was close to death. The 14-year-old Chihuahua couldn't walk, was badly injured and dumped at a shelter to be euthanized. She probably wouldn't have lived another day, that is if Jaime McKnight hadn't saved her.

"I rehabbed her. She can walk around; she runs; she's happy; she's amazing," said Jaime.

Angel is just one of the 300 animals that have passed through Pawlicious Poochie Pet Rescue. Jaime started the non-profit three years ago and has transformed her house into a nursing home for special needs pets.

"It's really peaceful here, you know. And it's all for the dogs. You can see how they can heal and rehab," said Jaime. "They can run up and down, and they have fresh water, and they have everything they want. And I feed them vegetarian. They just have the best of the best."

The first place Jaime goes after she rescues an animal is a fast food restaurant drive-thru. That's where she orders, what she calls, their "freedom burger."

Sure, she spoils them and why wouldn't she? Most of her dogs, like Gidget and Pixie, lived horrible lives before Jaime came to their rescue.

"They were puppy mill dogs. They have no jaws. I totally rehabbed them. When they first came in they were emaciated, no hair. They couldn't eat," explained Jaime.

She may go a little overboard with the pink and the sparkles, but she wants their new home to shine bright. From their food and water bowls, to their adorable outfits, to their nursery; everything has a pink theme.

Jaime says it's not just the medicine and food that gets them better; happiness helps them heal.

"When they get here, you totally see the transformation. They're just totally at peace. It's amazing to see how quickly they get joy and then they get healthy," said Jaime.

Nothing about her work is easy. It takes an emotional and financial toll, but she has overwhelming support from people nationwide, including more than 30,000 followers on Facebook.

"I just put a call out for support and everyone always pitches in to keep my rescue going. And I never worry because I somehow always make that rescue magic happen," said Jaime.

Jaime doesn't keep all of the animals she rescues. After she rehabilitates them, she puts them up for adoption on her Pawlicious Poochie Pet Rescue Facebook page. And she doesn't just take in dogs. Jaime has two tortoises and a pig named Peabody.

Jaime says can't imagine life without her rescues, and she wouldn't have it any other way.

"I'll probably be doing this ‘til I'm 95. I can’t imagine my life without rescue. This is my life; this is all I know," said Jaime. 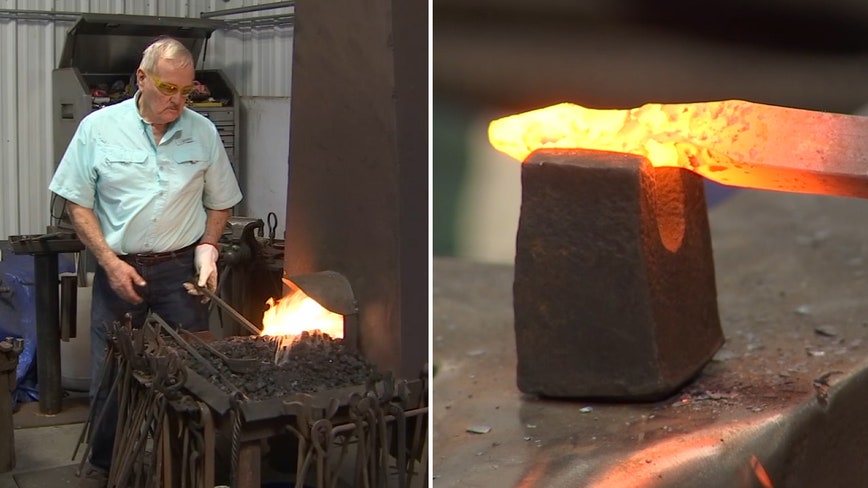