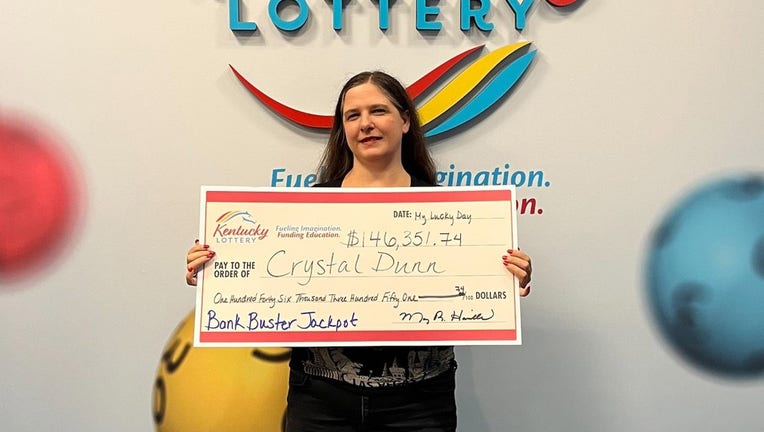 LOUISVILLE, Ky. - Crystal Dunn said she’s always looking for ways to help others, and that notion didn’t change even when she recently won the lottery.

Earlier this month, Dunn played the Bank Buster Jackpot Instant Play game online, waging $20. A few seconds later, she got a message on her computer screen saying that she had won the progressive jackpot which starts at $100,000 and increases with each ticket purchase.

"I saw that and didn’t believe it at first," Dunn said in a news release. "It’s a pretty exciting feeling. I never thought I would win something like this, but this goes to show it can happen."

What are the odds you win the lottery?

Lottery officials said Dunn received $103,909.73, after taxes. After that, she stopped by a Meijer store where she purchased $2,000 in gift cards. She then walked around the store and handed out gift cards to random strangers.

Dunn said a few people were taken aback by her offer, thinking she had a hidden motive. But she assured them that she believed "in paying it forward."

"I’ve worked hard for everything I’ve had. This is a pretty amazing gift," she added.

Dunn told lottery officials she plans to use the remainder of her winnings to buy a car and pay off bills.