Caleb Anderson recently began his sophomore year of college and is majoring in aerospace engineering.

MARIETTA, Ga. - A Marietta 12-year-old is about two semesters away from being a college graduate.

Like most kids his age, Anderson loves collecting his Beyblades.

But unlike most of his peers, the 12-year-old is back for another semester at CTC, majoring in aerospace engineering.

"Since I was one, I always wanted to be an astronaut. I wanted to go to space and explore, study," Caleb, the oldest of three, explained.

His parents said from a very young age, they knew Caleb was gifted.

"When he was about four weeks old, he was mimicking some of the stuff I was saying," his mother Claire Anderson explained. She then got her certification in sign language so she could teach him. 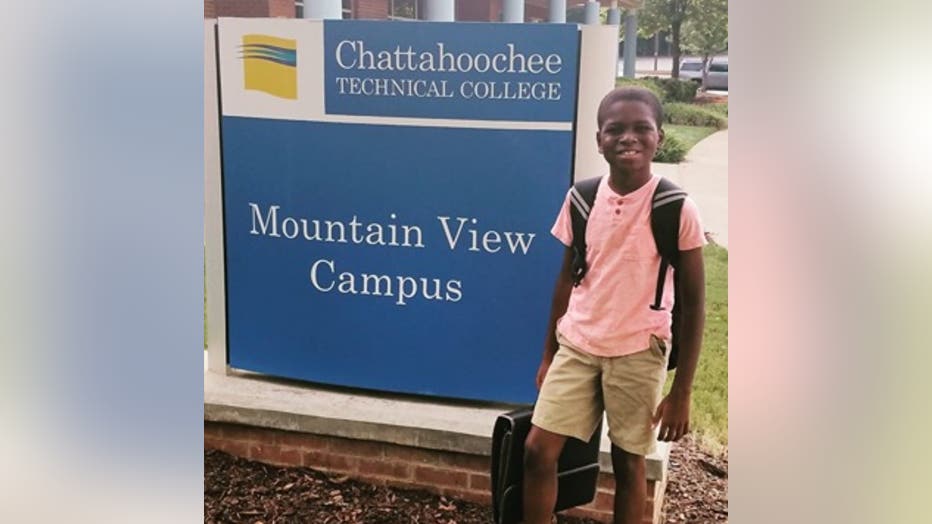 "He just picked it up and then he just started reading. By the time he was six months old, he could sign words he had seen," she described.

The Anderson's said Caleb could read the United States Constitution by the time he was two.

They decided to enroll him in college because he wasn't being challenged at his Marietta private school and was "bored".

"He's always had this hunger and thirst for knowledge," his dad Kobi Anderson explained.

His mother, a former teacher, said Caleb is taking both his high school and college courses at the school.

"He had already taken the ACT and those exams and then we went to Chattahoochee Tech and he took the entry exam. I think they needed a 300 or something and he got a 275," Claire explained.

Caleb told us the University doesn't "see me an anomaly. They see me as a person."

The family also doesn't think he's an anomaly and believes there are many more kids just like him who haven’t had the same opportunity.

"Kids, they have a lot of innate potential, so let's foster that. You really don't know unless you expose them to different things," Kobi Anderson explained.

After graduating from Chattahoochee Tech, the 12-year-old told us he wants to get his bachelor's degree from Georgia Tech. From there, he will try getting into MIT.

He also wants to get an internship with Elon Musk.