Behind the scenes of the Gasparilla float barn

TAMPA, Fla. - After a year off, little pirates will be invading the shores of Tampa Bay.

The alcohol-free event kicks off at 11:00 a.m. with the bicycle and pedestrian safety rodeo. Then at noon, it's the Gasparilla Air Invasion with civilian aerobatic teams, vintage military aircraft and the US SOCOM Parachute Demonstration Team.

At 1:00 p.m., the Gasparilla Preschoolers' Stroll will begin at Howard Avenue and ending at Rome Avenue. During the stroll, children five and under can create their own parade along Bayshore Boulevard.

The Children's Gasparilla Parade kicks off at 3:30 p.m. It begins at Bay to Bay and Bayshore Boulevard and includes pirates, floats, marching bands and more.

Then at 5 p.m., the airshow fun continues with the Gasparilla Nighttime Air Invasion. The performances include a precision parachute jump from the United States Special Operation Jump Team and Ghostwriter Airshows' fireworks flight.

When most people think of Gasparilla krewes, parties and parades come to mind, but the Ye Notorious Krewe of the Peg Leg Pirate is known for helping amputees.

At 6:30 p.m., it's the Piratechnic Finale, combining pirates and pyrotechnics.

The events are free to the public. You can catch live coverage of the 2022 Ashley Children's Gasparilla Parade on FOX 13 beginning at 4 p.m. on Saturday and streaming live on FOX13News.com.

For more information about the 2022 Ashley Children's Gasparilla Parade and events, click here. 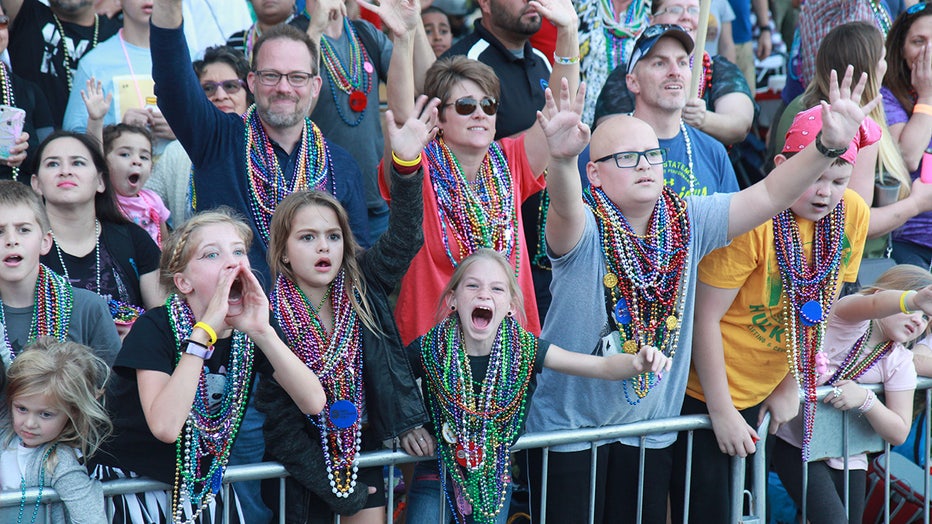