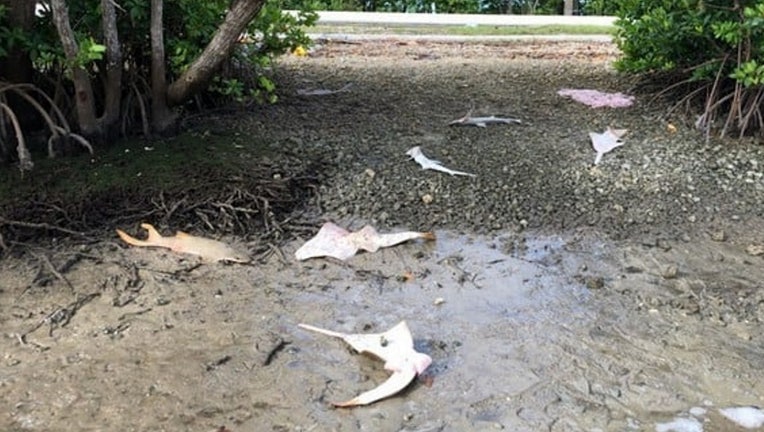 EVERGLADES CITY, Fla. - Wildlife officials are investigating after multiple critically endangered smalltooth sawfish were found dead on the side of the road in the Florida Everglades.

The Florida Fish and Wildlife Conservation Commission said two of the sawfish were missing their rostra, or saws, while another had its meat removed, leaving only the carcass.

An FWC biologist will perform a necropsy on the sawfish, which are listed as endangered under the Endangered Species Act.

According to NOAA, smalltooth sawfish were once found in the Gulf of Mexico from Texas to Florida and along the east coast from Florida to North Carolina. Today, the species is generally only found off Florida's coast as their distribution has decreased greatly over the past century.

Experts say the sawfish only reproduce every other year and give birth to just 7 to 14 young.

"The loss of these six animals is nearly equivalent to one mother's entire litter," NOAA said.

NOAA's Office of Law Enforcement is offering a $20,000 reward for information leading to a criminal conviction of assessment of a civil penalty in the case.