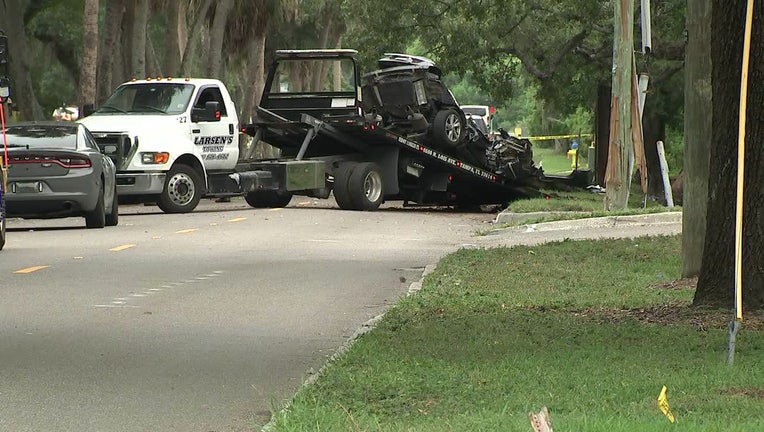 TAMPA, Fla. - Police say three teenage girls were among four people killed in a crash during a police pursuit of a stolen car in Tampa earlier this week.

The crash happened early Wednesday after police spotted the Altima Nissan and attempted a traffic stop at the intersection of Dale Mabry and Kennedy Blvd. Police say the car sped off and slammed into a tree two minutes later along West Cypress Street, near the entrance to Cypress Point Park.

Six people were in the car. Police have not released any identities but say the girls were ages 15, 16, and 17. An 18-year-old male passenger also died at the scene.

A 20-year-old passenger was treated and released, while the 19-year-old driver was critically injured. Police say he'll likely face criminal charges if he survives.