TAMPA, Fla. - Four-year-old Owen Hart loves dirt, like most kids his age. He especially likes the construction machines that move the dirt around.

For one day, he got to do what he always wanted to do.

"He loves it. Ever since he could talk he's always said he wanted to drive big trucks." Amy Burge, Owen's mother, told FOX 13. "We have a rock bed at home, and he's always digging in the dirt!"

Ripa Construction and Ring Power, a construction company in Tampa offered to have Owen and his family out as their guests. It was a welcoming distraction as Own faces his own battle. When it comes to the disease, the simple truth is kids can't be kids when fighting cancer. 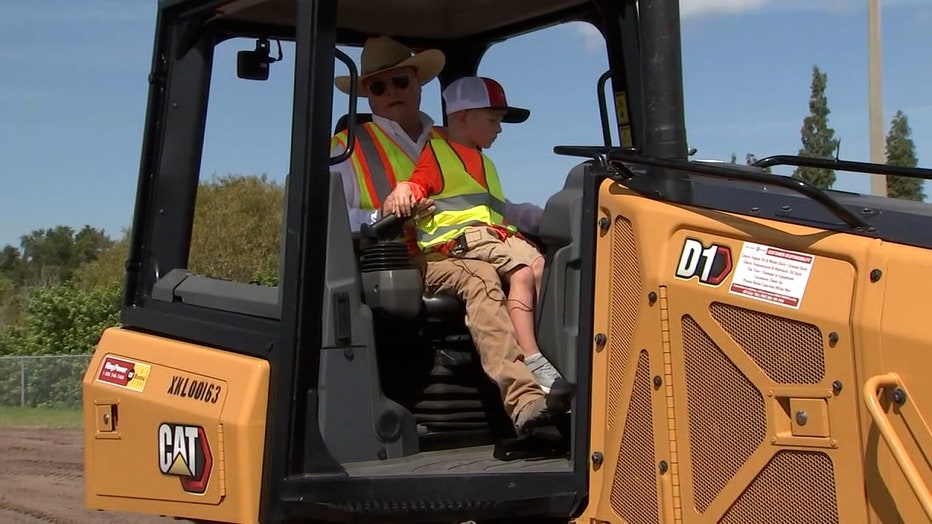 Harsh treatments, hospital rooms – it's really all Owen's ever known. 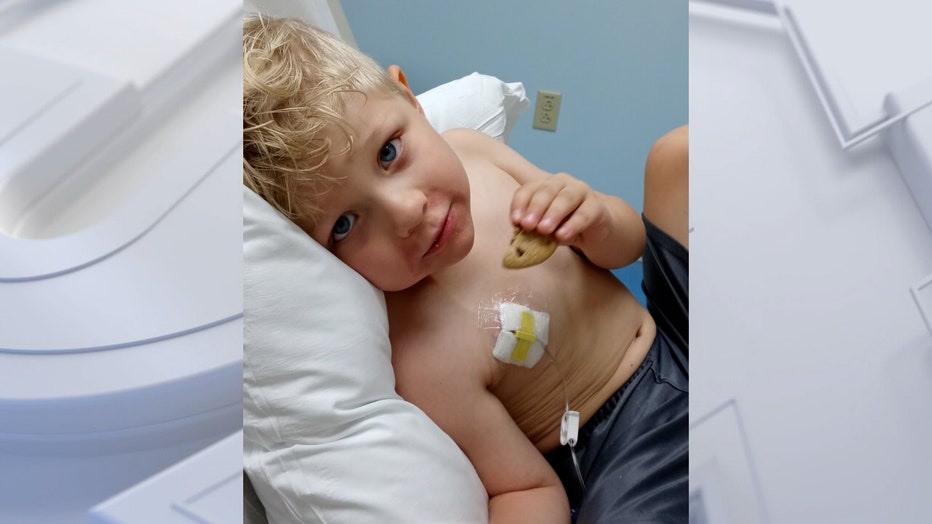 4-year-old Owen Hart in the hospital

Instead of leukemia steering a majority – if not all – of his life. Owen is now in the driver's seat, literally. He got to be inside a Cat construction vehicle for a day, moving dirt from one area to another.

"My grandfather actually put me on my first piece of equipment when I was about 8 years old, and I learned step by step from my grandfather." said Blake Conwell, Field Operations Manager. 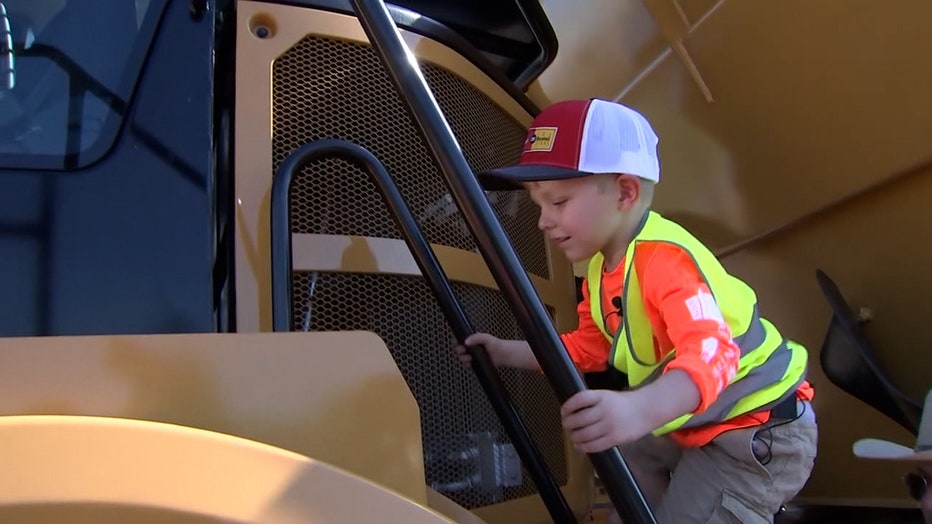 Owen climbs up ladder to get to the driver's seat of a construction vehicle.

Before that day, Amy said Owen couldn't always play in a pile of dirt.

"He couldn't always dig in the dirt," she explained. "He wasn't allowed to play in the dirt, too many microorganisms, too big a risk. It's nice now being on the other side of that." 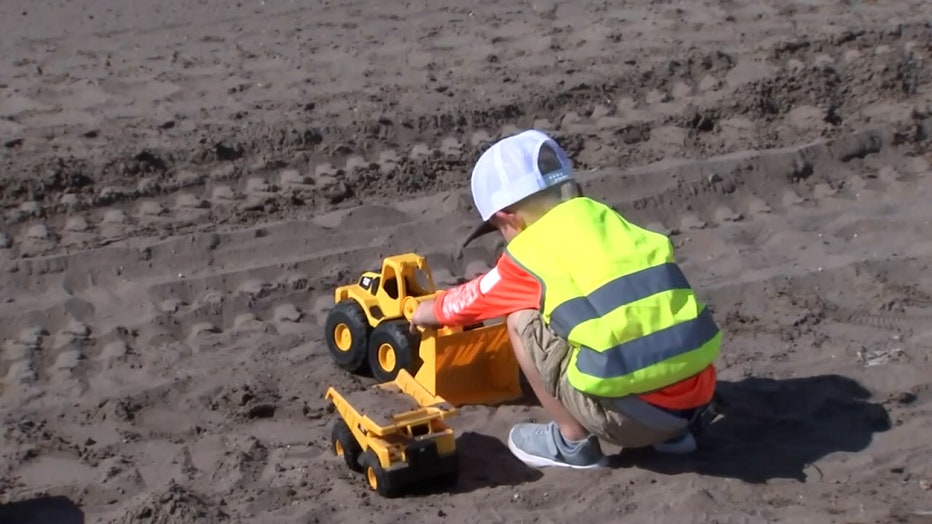 Owen plays with his toy-sized Cat vehicles at a construction site.

Looking into the future, Owen wants to become a heavy machine operator.

According to the National Pediatric Cancer Foundation, 43 children are diagnosed with cancer every day.