A four-year-old battling stage 4 cancer recently saw his dream of becoming a law enforcement officer come true when he became an honorary deputy with the Manatee County Sheriff's Office.

BRADENTON, Fla. - For the past year, Jeremiah’s life has been filled with doctor’s appointments, hospital stays, and cancer treatments. The almost-5-year-old’s life turned upside down when doctors diagnosed him with Stage 4 neuroblastoma shortly before his fourth birthday.

He often travels to Miami, Fort Myers, and Boston for surgeries, radiation, chemotherapy and immunotherapy. The last year was rough on him, but one thing that puts a smile on his face is seeing first responder parades outside the hospital.

"He loves police officers," Jeremiah’s mother Daniela Isaza shared. "He’s always so excited to see them and every time he gets out of the hospital, he’s always asking me if his police friends are going to come to visit him."

Jeremiah hopes to become a police officer or a deputy one day. That day came sooner than expected Jeremiah’s family stopped by the Manatee County Sheriff’s Office on the way to the hospital for another round of treatment. 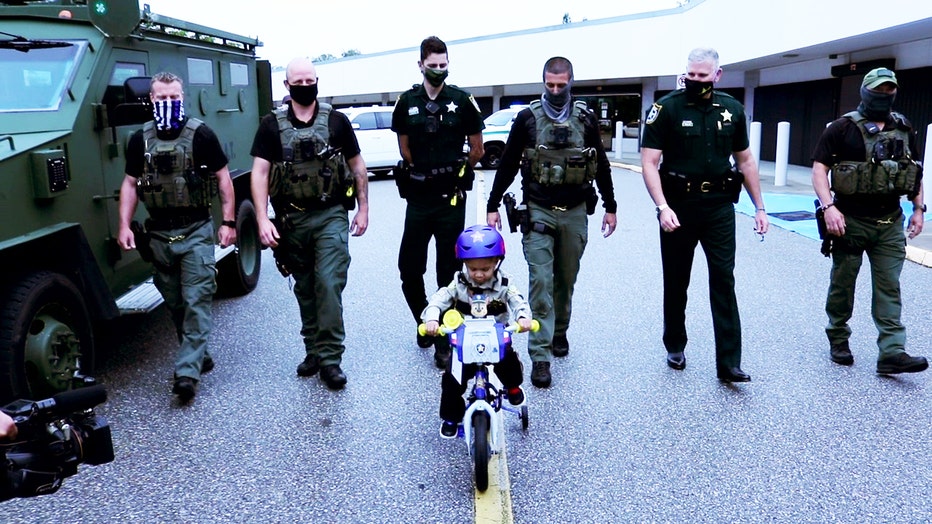 During the visit, Jeremiah got to meet members of the team and Manatee County Sheriff Rick Wells made Jeremiah an honorary deputy. His first order of business was to learn K-9 commands and check out the SWAT BearCat. He was also presented with his own badge and a Paw Patrol bicycle. 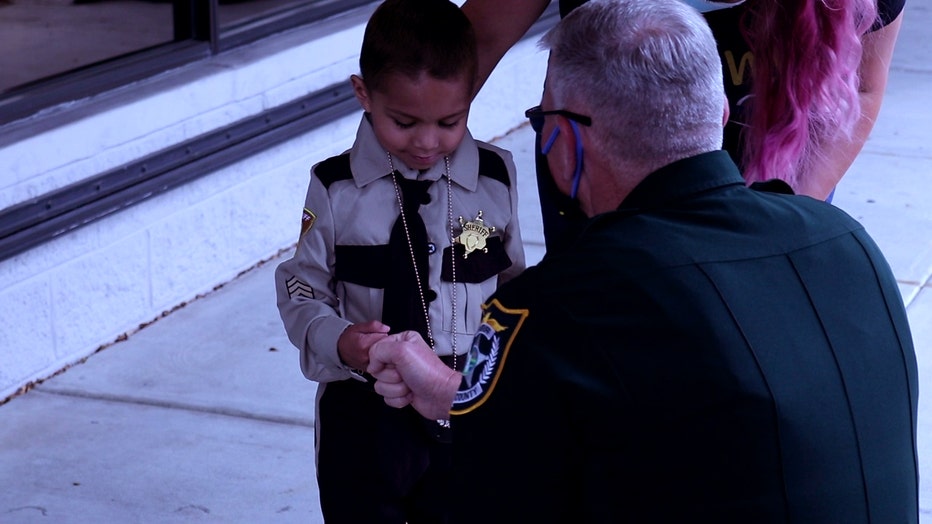 In addition to being an honorary deputy with the Manatee County Sheriff’s Office, Jeremiah is also an ambassador with the National Pediatric Cancer Foundation. The Tampa-based charity was started 30 years ago by two parents of cancer patients. Their goal is to fund research to eliminate childhood cancer and improve treatment for pediatric patients. 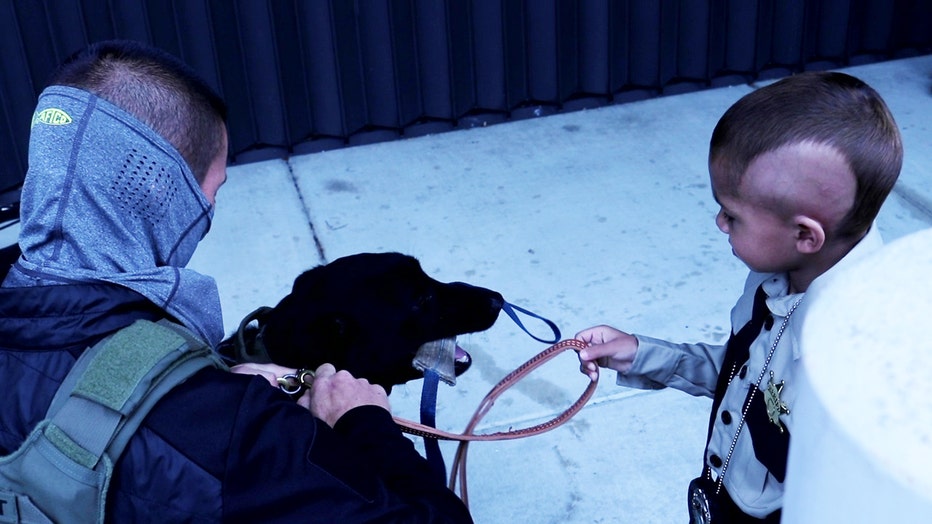 Jeremiah, meanwhile, is now in remission, but still has six months of treatment ahead of him.

A brave young girl battling cancer achieved her dream of becoming an honorary Air Force pilot this week thanks to the team at MacDill Air Force Base and the National Pediatric Cancer Foundation.