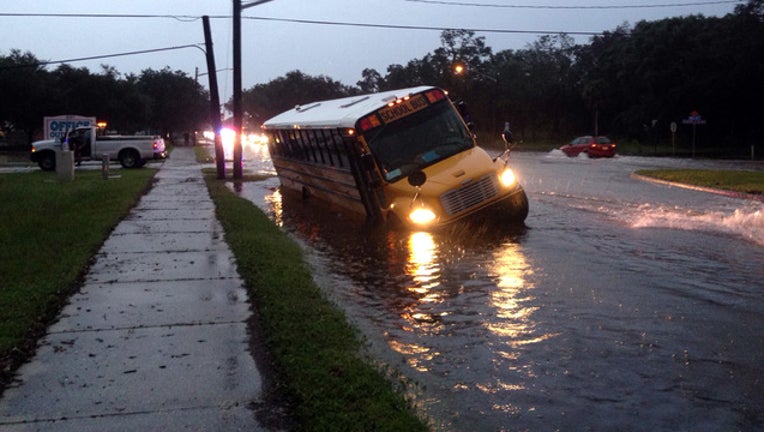 Photo via City of Venice

VENICE (FOX 13) - Police in Venice had to step in after a school bus got stranded in street flooding this morning.

According to Sgt. Ron Perisho, it was just after 7 a.m. when the bus became swamped along the 700 block of E. Venice Avenue.  Three special needs students and two adults had to be rescued from the bus.

Police said the students were high school age but did not immediately specify which school they attended.  All were said to be OK.

Due to the flooding, E. Venice Ave. is partially closed between U.S. 41 Bypass and Bay Indies.

Heavy rains have left wide areas of flooding across the Bay Area, especially in Manatee and Sarasota counties.