WASHINGTON (AP) — After more than three decades of enmity, Iran and the West have struck a historic deal aimed at keeping Tehran from building a nuclear bomb. Five things you need to know:

IRAN GETS TO KEEP ITS NUCLEAR PROGRAM

When Iranian President Hassan Rouhani was elected in 2013, he signaled that the country was ready to strike a deal to escape economic sanctions that had crippled its economy and fueled unemployement. Still, Iran wasn't ready to give up its nuclear program entirely, which Tehran says is peaceful.

Under the 100-page agreement, the infrastructure of Iran's nuclear program is left mostly intact. Centrifuges will keep spinning, although in lesser quantities, and uranium can still be enriched, just at lower levels. And Iran's enrichment site, called Fordo, which is dug deep into a mountainside — possibly to avoid air strikes — will keep running, although it must be converted to a research facility.

BOTH SIDES CLAIM VICTORY, BUT ISRAEL IS FURIOUS

The final agreement with Iran was negotiated by U.S., Britain, Germany, France, China and Russia.

The U.S. and Europe are mostly happy with the deal because it will test the willingness of Iran's new regime to keep its promises to the world. President Barack Obama said "no deal means a greater chance of more war in the Middle East."

Iran, China and Russia are happy too because the deal paves the way for future arms sales and other economic opportunities with Iran. Russian President Vladmir Putin said "we are confident that the world has breathed a sigh of relief."

Israel, however, isn't convinced. Israeli Prime Minister Benjamin Netanyahu called the deal a "bad mistake of historic proportion." Unfortunately for Netanyahu, he is now at odds with the international community and with few options for scuttling the agreement.

Obama said the deal "is not built on trust. It is built on verification." But among the biggest concession by the West is that Iran doesn't have to submit to international inspections anytime, anywhere. If the U.N. nuclear agency identifies a suspicious site, it can ask to inspect it. And if Iran refuses, an arbitration panel will decide whether the Iranians have to open up the site to inspection within 24 days.

So in theory, access to the Islamic Republic's most sensitive sites isn't guaranteed and may be delayed.

Many analysts estimate that Iran has piled up tens of millions of barrels on floating barges that can be exported soon after sanctions have been lifted. So it's possible that once economic sanctions are lifted and Iran can sell more oil, crude oil prices could come down.

Benchmark U.S. crude oil prices have been down for much of the past year.

Analysts warn, however, that energy prices can depend on production levels in other countries, currency rates and demand sparked by the health of global economies.

Congress has 60 days to review the agreement, and House and Senate leaders have already signaled that they think Obama made too many concessions. But lawmakers' options are limited, too: They can cast a nonbinding vote of disapproval, but that won't scuttle the deal. Lawmakers can impose new sanctions on Iran or prevent the president from suspending existing ones, but Obama would likely veto such a bill. In that case, GOP leaders would have to find enough support to override a presidential veto to stop Obama from fulfilling America's side of the agreement. 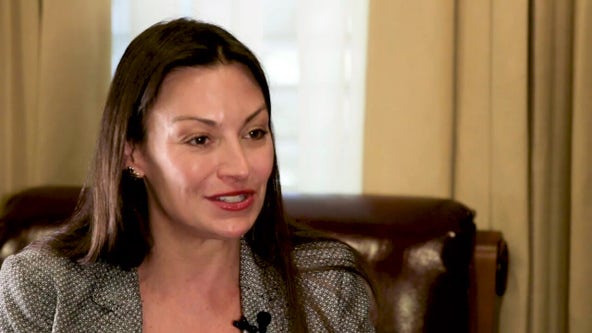