Try any and all of these soon. (FOX 5 NY illustration from courtesy photo)

NEW YORK - In the last couple of years or so, I've cut back on alcohol and become much more selective about what I drink. I'm not a snob — I'll have a PBR and rail shot now and then but I'm much more deliberate about it. So in curating this list of holiday-themed cocktail recipes, I chose ones that stood out for their creativity and fun. The fall-and-winter holiday season shouldn't be so stressful, should it?

And at my wife's insightful suggestion, I made sure none of these drinks contain pumpkin spice. (Apologies to the PSL and all those pumpkin beers but... enough already.) However, fans of sweet and spicy cocktails won't be disappointed by this list, which gives you three cold and three hot drinks offering plenty of complexity.

Amani Macaulay and Chima Burey are two friends who worked in finance when one day they came up with the idea — over a drink, of course —  to create a flavored whiskey. Soon Duke and Dame Salted Caramel Whiskey was born.

They wanted their drink to be something everyone, whether you're a whiskey aficionado or whiskey newcomer, can enjoy. "So we created Duke and Dame with a natural aroma and flavor reminiscent of a Werther's Original, married perfectly with complex bourbon notes, including hints of oak and spice," Macaulay says.

"Similarly, for the fall and winter season, we wanted to offer an easy-to-make cocktail that everyone would enjoy — so we created the North Star," Burey says. "With its festive blend of apple, caramel, cinnamon, nutmeg, and bourbon flavors, it tastes just like the holidays."

Add all ingredients except the star anise to a cocktail shaker filled with ice and shake vigorously until well chilled.

Strain into a chilled coupe glass and garnish with the star anise. 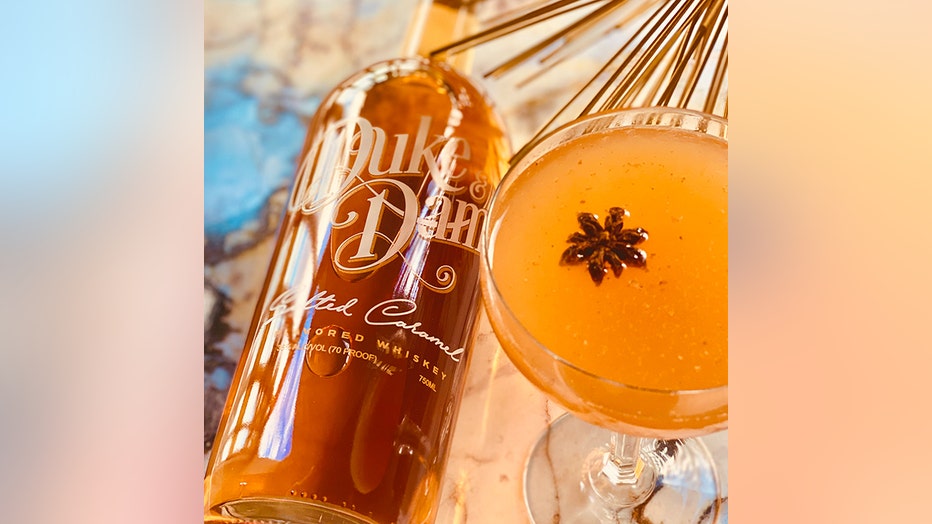 I've been a fan of The Sexton, an Irish single malt, since the spring when I wrote about Alex Thomas, the master blender who created it. So I reached out to the brand for a cocktail recommendation for the holidays. This recipe calls for absinthe, a high-proof botanical spirit. I suggest using one from Doc Herson's, a brand founded by New Yorkers Kevin Herson and Stacey Luckow in their Harlem basement. I plan to make this cocktail on Christmas Eve.

Rinse a chilled old-fashioned glass with absinthe and set aside.

Crush a sugar cube in a mixing glass with a bit of water.

Add The Sexton, bitters, and ice into the mixing glass and then stir until well chilled.

Strain the mixture into the old-fashioned glass and garnish with the lemon peel.

Related: The woman behind this Irish whiskey embraces being a 'caretaker of precious things' 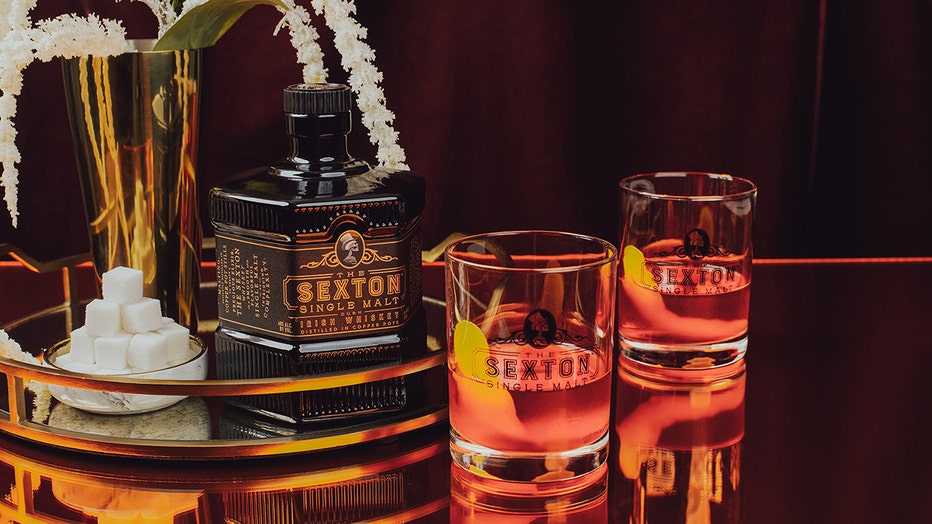 Discovering Scotch when I was around 30 made me a whisk(e)y lover. Exploring bourbon in my 40s has kept me one. Toast is a new Kentucky straight bourbon from Basil Hayden, which is part of the Jim Beam family of brands. Try this when you sit back and relax on your couch while shopping online instead of jamming into the mall during a pandemic.

Add all ingredients except the rosemary into a cocktail shaker filled with ice and shake until well chilled.

Strain into a rocks glass either neat or on the rocks.

Char the rosemary over an open flame for 5 to 10 seconds until the herb just begins to smoke and brown. Toss the charred sprig into the cocktail. 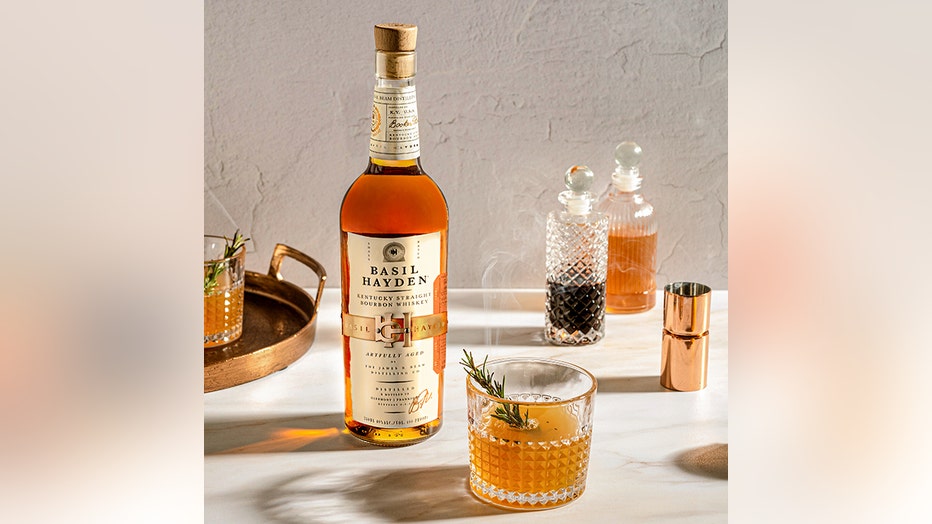 This Irish coffee is the creation of Jack McGarry and Sean Muldoon, the founders of The Dead Rabbit in Manhattan's Financial District. McGarry and Muldoon say that when they came to New York, their mission was to "smuggle the world's best cocktail bar inside the cozy surroundings of a traditional old Irish pub." The bar is known for a lot of things — but especially for this drink.

Pour the whiskey, coffee, and syrup into a six-ounce glass, making sure to leave about half an inch of room for cream.

Garnish with freshly whipped cream and a dusting of grated nutmeg. 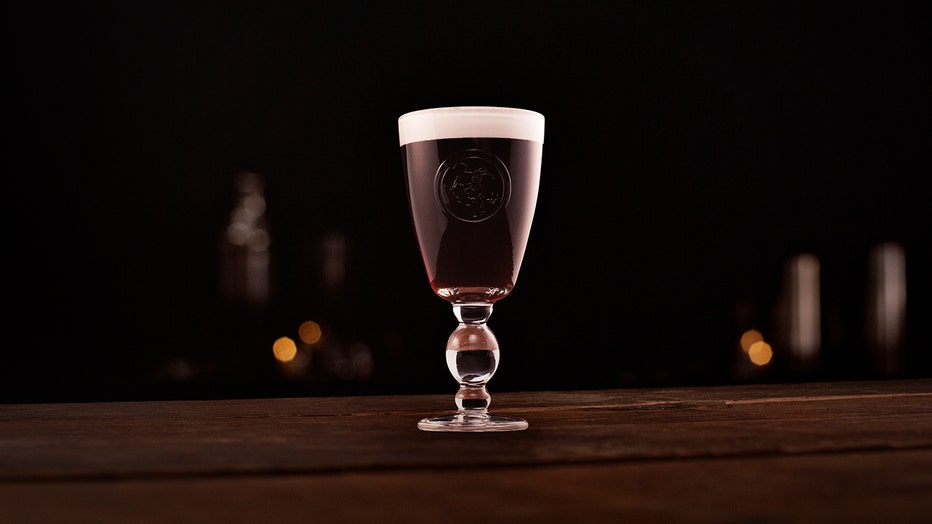 A classic hot toddy is made with whiskey but this version uses sweet vermouth and Cognac instead. My mom is obsessed with strong tea and enjoys sipping an occasional brandy, so I'm adding this to my family Christmas menu.

Combine all the ingredients except the tea and cinnamon into a toddy glass.

Top with piping hot tea and garnish with the cinnamon stick. 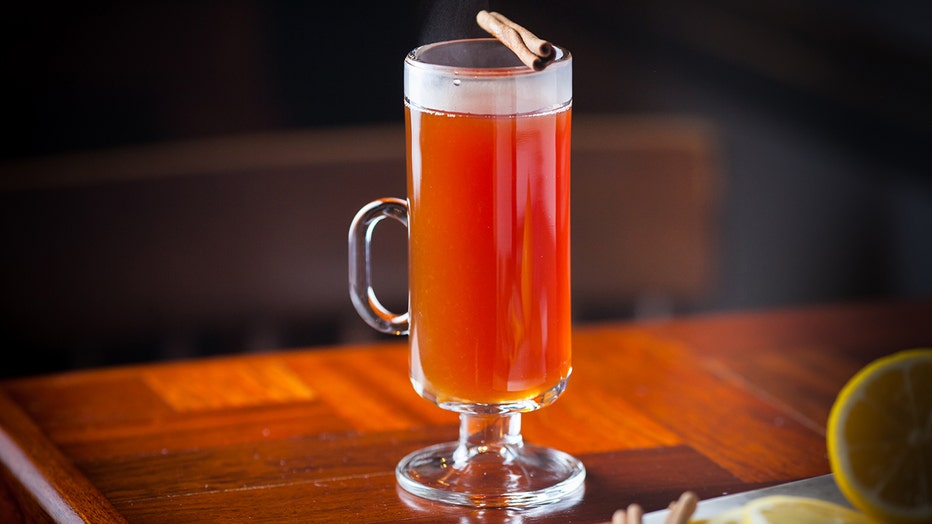 Hot chocolate is a fave around the holidays, duh. So here is an adult version for tequila lovers using Gran Centenario Añejo Tequila, which is aged in new American oak barrels. This recipe yields four drinks, so consider making it for brunch with friends on a chilly morning.

Add chocolate, then swizzle and stir with a traditional Mexican molinillo if you have one or a whisk until dissolved and frothy.

Pour 1½ oz tequila into each of four mugs and then top with the hot chocolate.

Add sugar to taste. Heck, you could even use rich demerara syrup instead (see below). 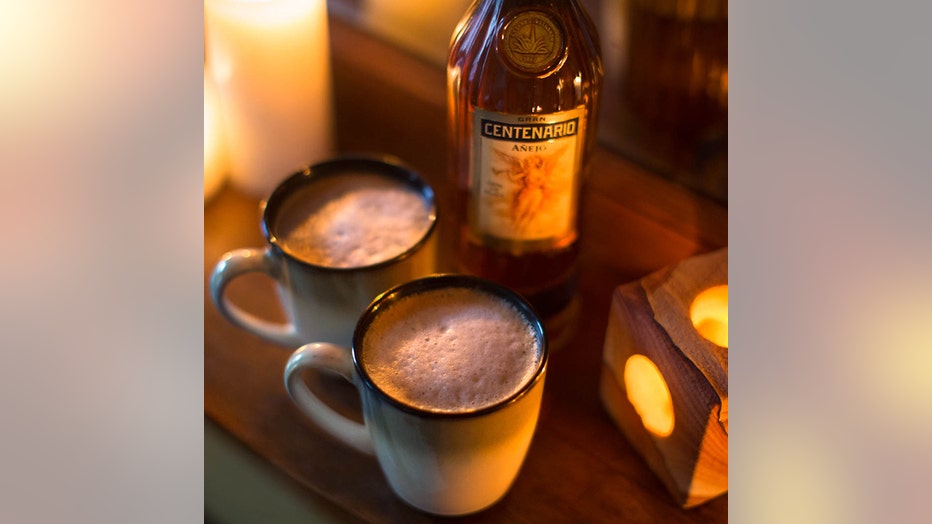 So many cocktail recipes call for using a simple syrup for sweetness. Standard simple syrup is a one-to-one ratio of white sugar to water. Rich simple syrup doubles the sugar.

Demerara syrup is made with demerara sugar, which is a type of raw sugar with a crunchy texture. So to make rich demerara syrup, combine two parts demerara sugar with one part water in a saucepan. Bring to a boil over medium heat. Lower the flame and stir until the sugar dissolves (about 3 minutes or so). Remove it from the heat and let it cool before using.

If you want to make a big batch to last for the holiday cocktail-making season, pour the cooled syrup into an airtight container and store it in the refrigerator. It should last about a month.

So there are six fun cocktails to try this holiday season — or whenever, who cares — by yourself or with someone you care about. I'm trying to be positive, thankful, and safe during this seemingly endless pandemic — and I hope you can, too. Enjoy.