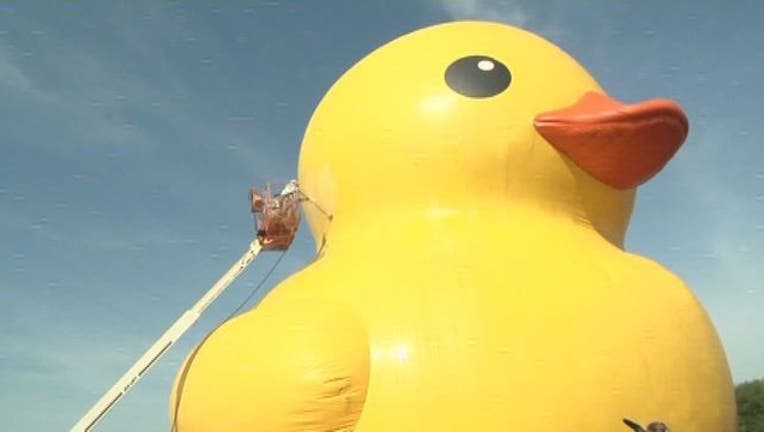 The world's largest rubber duck made its debut in the city, standing 61-feet tall and weighing 11 tons.

Its name is Mamma Duck and she takes several hours to inflate, and probably even longer to clean. She got a bath when she was pulled in to take a rest.

She's part of the boat festival. She made her debut with the rest of the ships in the Parade of Sail. A tug boat named Edward H. brought Mama Duck along.