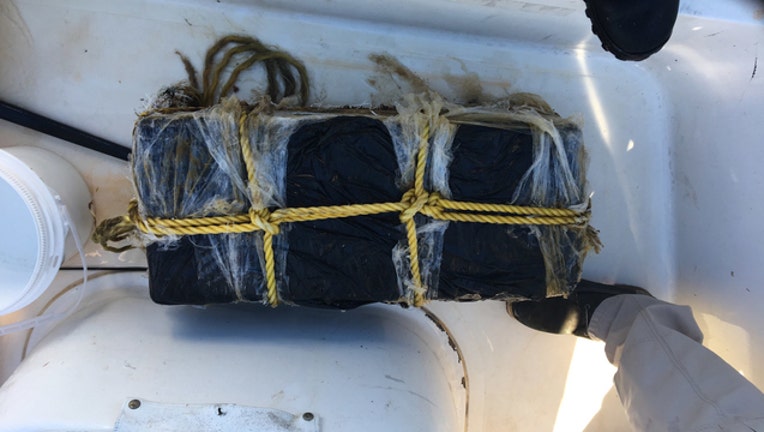 PENSACOLA, Fla. - A floating bale of cocaine has been recovered in the Gulf of Mexico off Florida.

Citing a U.S. Coast Guard release, news outlets report more than 75 pounds (35 kilograms) of cocaine was found in the package on Sunday. The release says a "good Samaritan" notified authorities of the buoyant oddity bobbing south of Pensacola on Saturday evening, and multiple agencies searched the area that night.

It's unclear to whom the cocaine belongs.